Tottenham stunned Manchester City at the Etihad Stadium in a five-goal thriller in the Premier League. Tottenham took an early lead through Dejan Kulusevski, but Gundogan pulled one back for City before the break. Harry Kane then scored in the second half, to which Mahrez responded in the 91st minute. However, it was the stunner from Harry Kane in the 94th minute that closed the match.

We’ve broken down all the key stats for you to digest, including;
* shot maps
* xT (expected threat)
* pass networks
* xG timelines
* defensive duels
* average positions and much more!

Which team had higher shot accuracy? Which player made the highest recoveries?

To navigate the stats gallery, simply click on the numbers to move through the pages.

At the end of the gallery, you’ll be able to download the full PDF stats report. 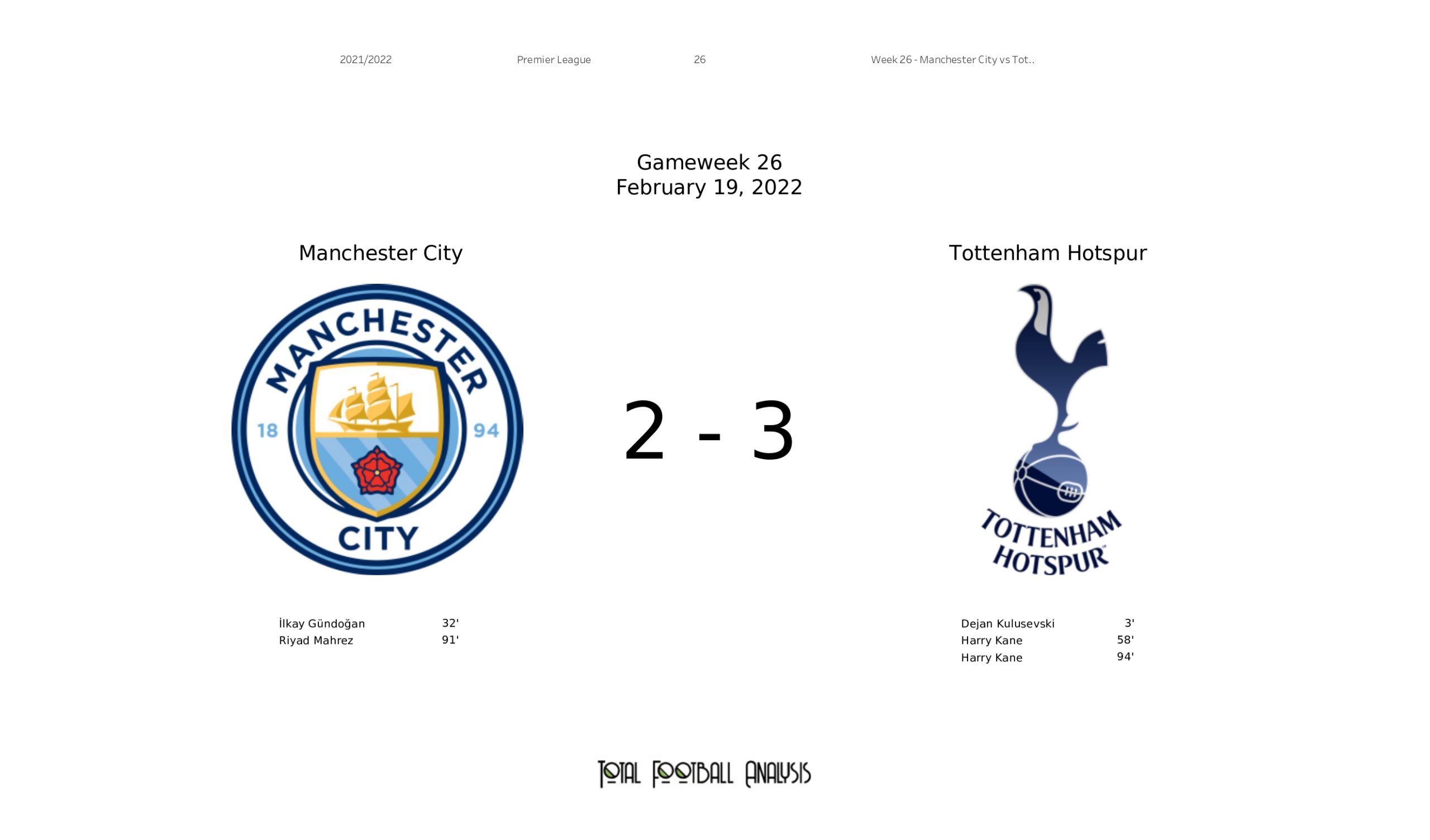