Tottenham Hotspur Arena is the venue for Wednesday’s Premier League match as Spurs will go against Southampton. Both sides were victorious in their FA Cup fourth-round matches, progressing to the fifth round. Can Spurs move closer to the fourth spot with a victory over the Saints?

Tottenham have kept their hopes for silverware alive this season with a 3-1 win over Brighton in the FA Cup. A Harry Kane double and an own goal by Solly March gave Spurs the advantage over their opponents. The Lilywhites would be looking to build up on their victory in the FA Cup and become strong favorites for the fourth spot. They are just three points behind Manchester United and level on points with sixth-placed Arsenal with a game in hand. Tottenham have managed 13 points out of 15 at home since Conte’s arrival. Their strong form at home would surely be a confidence booster when they go up against Southampton. Tottenham will also be boosted by the return of Son Heung-min and Cristian Romero, both of whom featured in the win against Brighton. Dier, Skipp, and Tanganga are doubtful because of injury concerns. Kane is set to lead the line for his side after glimpses of revival in his form in the previous matches. 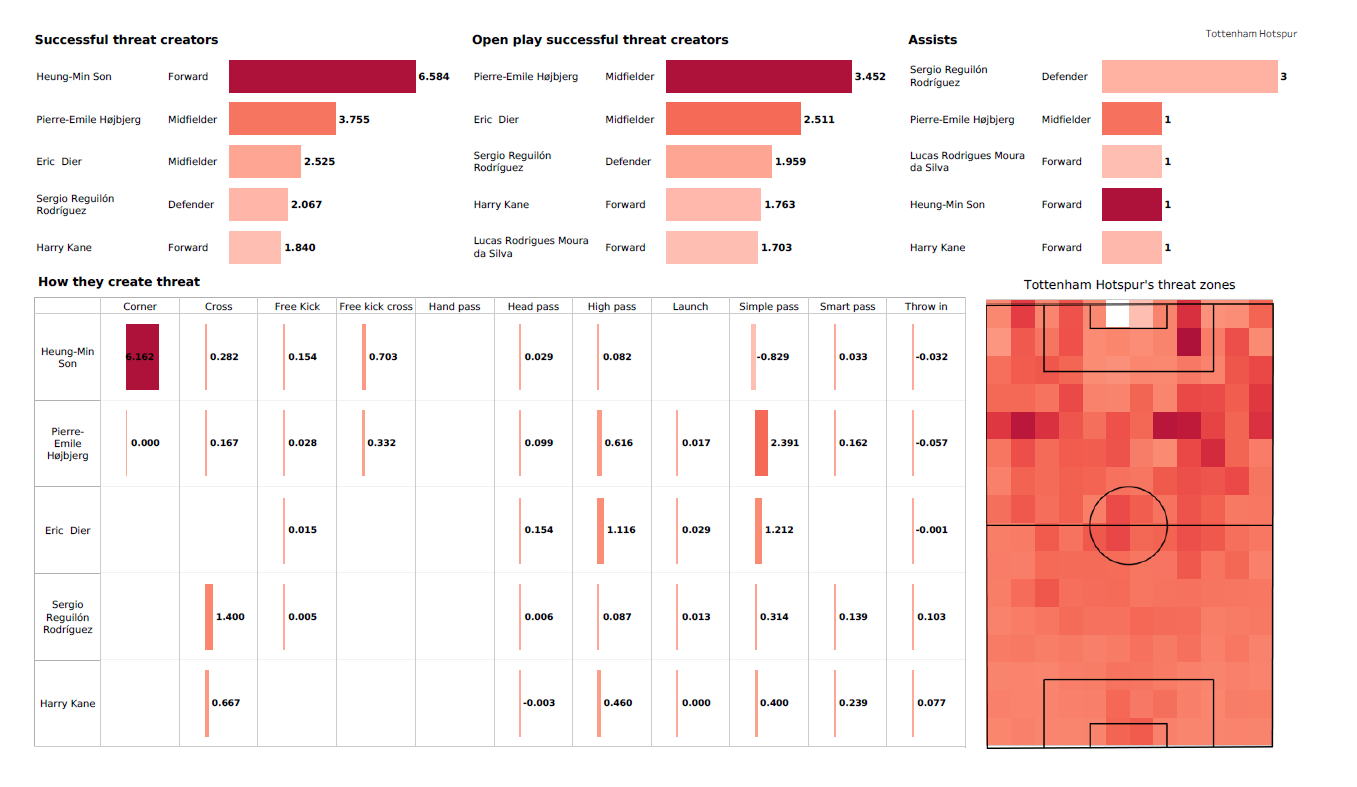 In the above viz., we can see the locations on the pitch where Spurs have been most threatening. Spurs have created a high expected threat from the half-spaces in the opponent’s half, as indicated by the darker red zones. Son has created the highest expected threat among his side, while Hojbjerg leads in terms of threat created from open play. 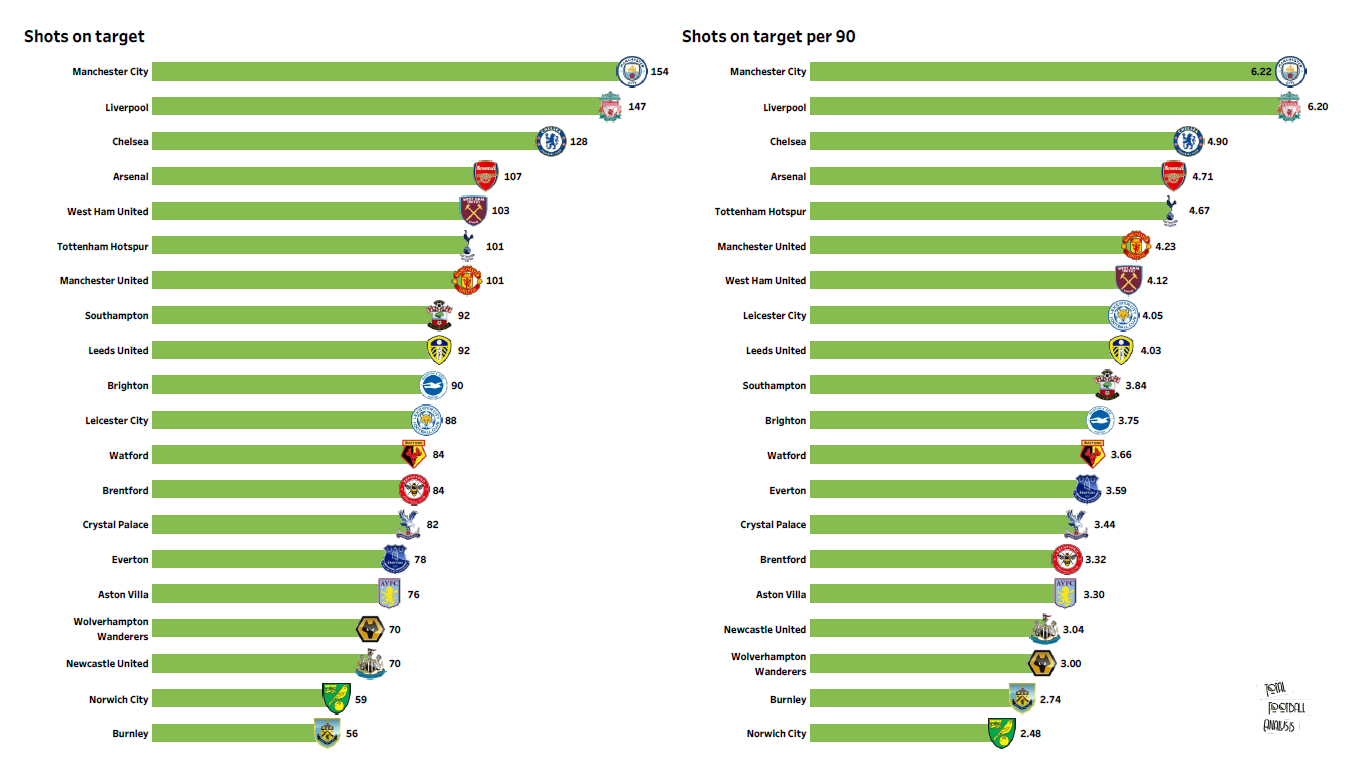 Tottenham are placed at the joint-sixth spot in terms of shots on target while they average more than four shots on target per match. Under Conte, Tottenham have scored at least two goals at home.

Southampton had to dig deep in their previous FA Cup match against Coventry City as the visitors led 1-0 at the break. Viktor Gyokeres gave his side the advantage before Stuart Armstrong leveled the score at 63rd minute, forcing the extra time at Saint Mary’s Stadium. Hasenhuttl’s substitution proved effective as Kyle Walker-Peters scored the goal which gave his side the advantage at the final whistle. The Saints are placed at the 12th spot in the league, with five wins, 10 draws, and seven losses in 22 games. They have been vulnerable at the back in their previous games, failing to keep a clean sheet in their last 11 league games. Armando Broja is doubtful to appear after suffering a knock in the previous match. Alex McCarthy and Nathan Tella are also sidelined for the match. 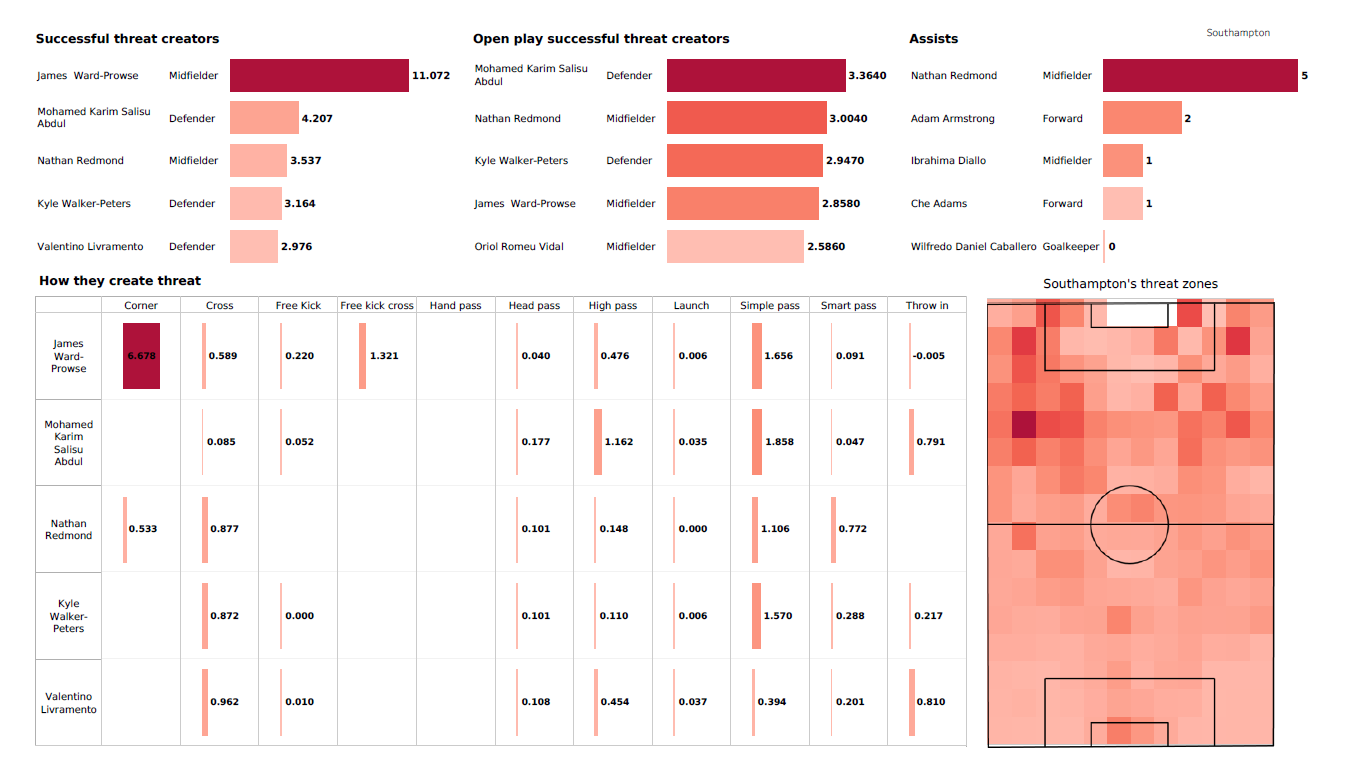 Ward-Prose remains the highest threat creator among his side, while Salisu leads the chart in terms of threat created from open play. With five assists, Nathan Redmond leads his side in terms of assists. 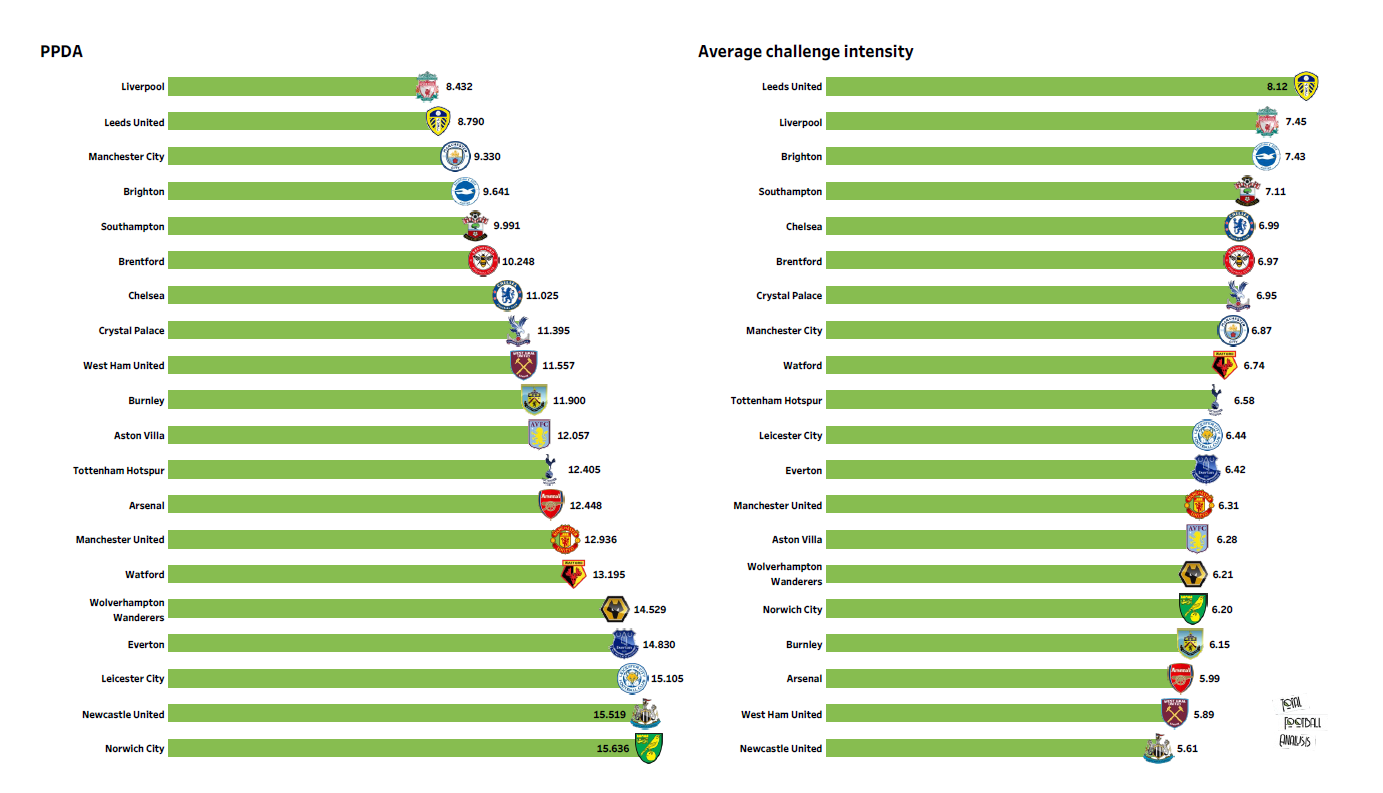 Southampton’s defensive pressing has been effective this season, as indicated by their PPDA value of 9.991. They are placed at the fifth spot in terms of PPDA ranking. The Saints have also fared well in terms of average challenge intensity.

Tottenham’s strong form at home will give them the advantage going into the match. They should come out on top in this match.