In a thrilling match, Tottenham came from behind to grab an incredible victory in the dying minutes of the game in a five-goal thriller against Leicester City in the Premier League. Steven Bergwijn scored two injury-time goals in the 94th and 96th minute, crushing Leicester’s dream of collecting the three points.

We’ve broken down all the key stats for you to digest, including;
* shot maps
* xT (expected threat)
* pass networks
* xG timelines
* defensive duels
* average positions and much more!

Which team dominated the xG timeline? Which player took the highest number of shots? 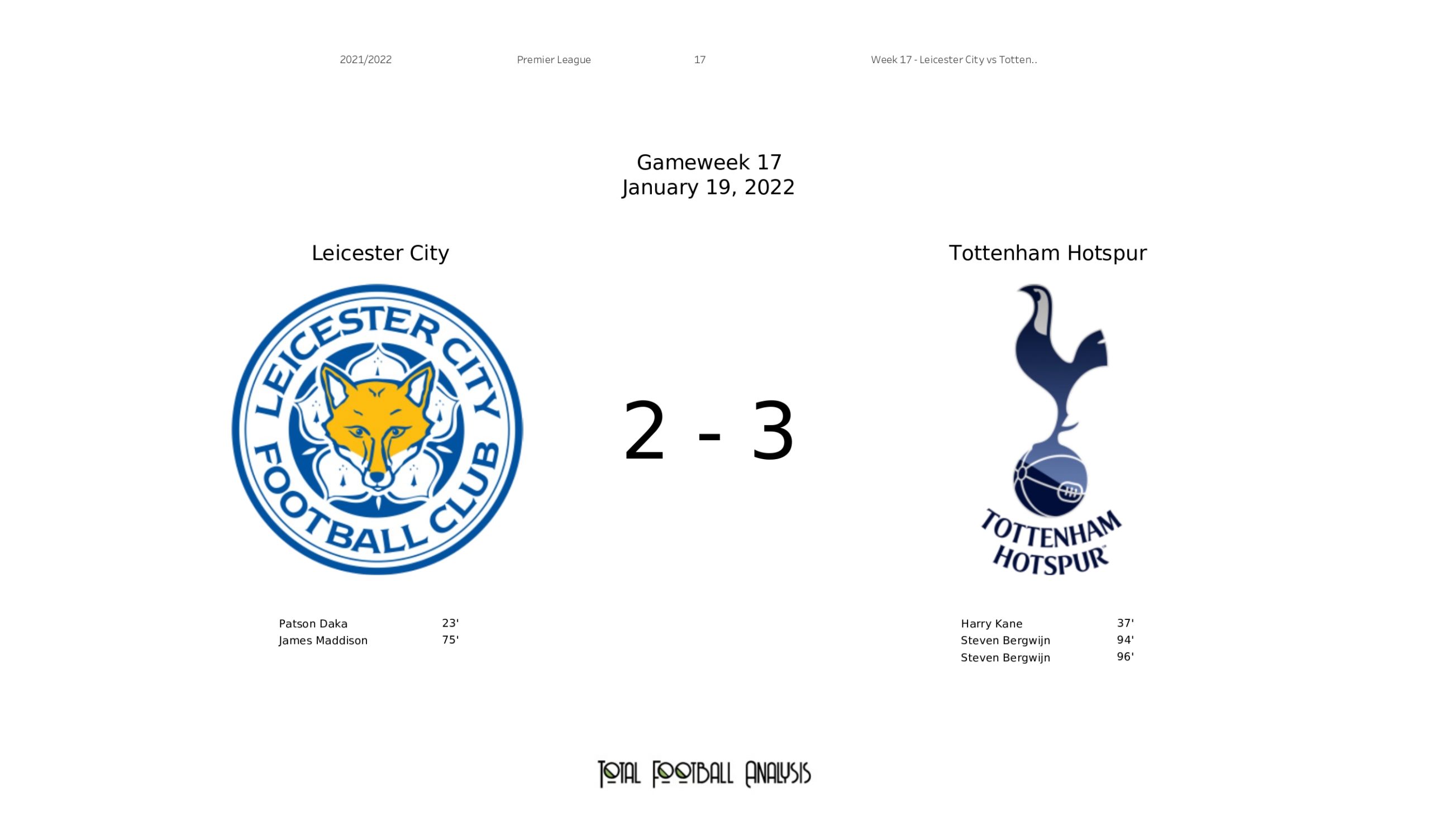