Premier League leaders Manchester City are in action on Saturday, taking on Tottenham at the Etihad Stadium. The home side recently came out on top in their Champions League Round of 16 match, while the away side suffered defeat in the league. Can the Cityzens increase their lead at the top of the table?

With 11 goals in their previous three matches in all competitions, Manchester City are in free-scoring form right now. They have a nine-point lead at the top of the Premier League table and have virtually booked a place in the quarter-finals of the Champions League. The Cityzens secured an impressive 5-0 victory away at Sporting Lisbon. Mahrez, Bernardo Silva, Phil Foden, and Raheem Sterling sealed the victory for their side. In their previous match in the league against Norwich City, the Cityzens came out on top, scoring four goals in the process. They are undefeated in the league since the end of October and have won 14 out of 15 fixtures. In addition, City have conceded just 14 times this season. They would be looking forward to another routine win as they welcome a struggling Spurs side. Kyle Walker could be in contention for the match, while Jack Grealish and Gabriel Jesus could also make an appearance. 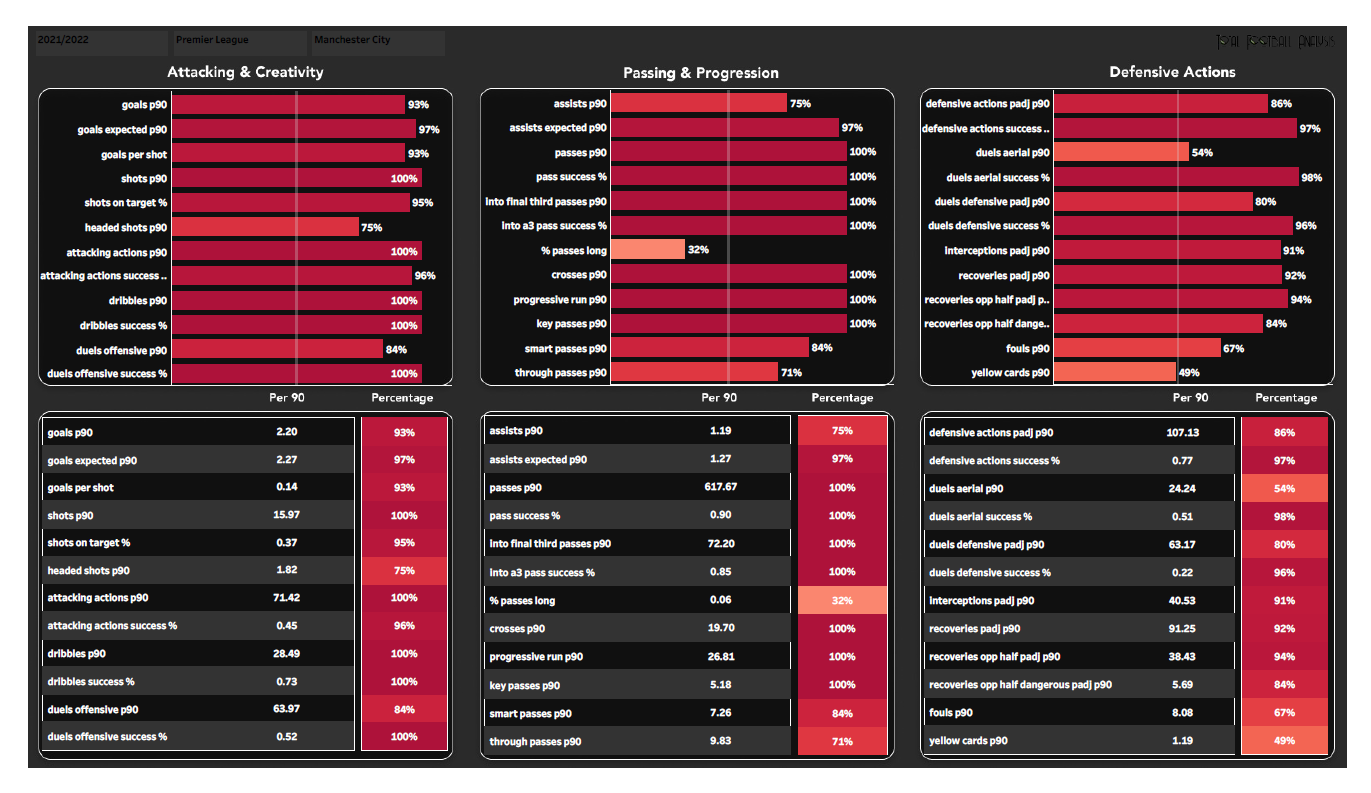 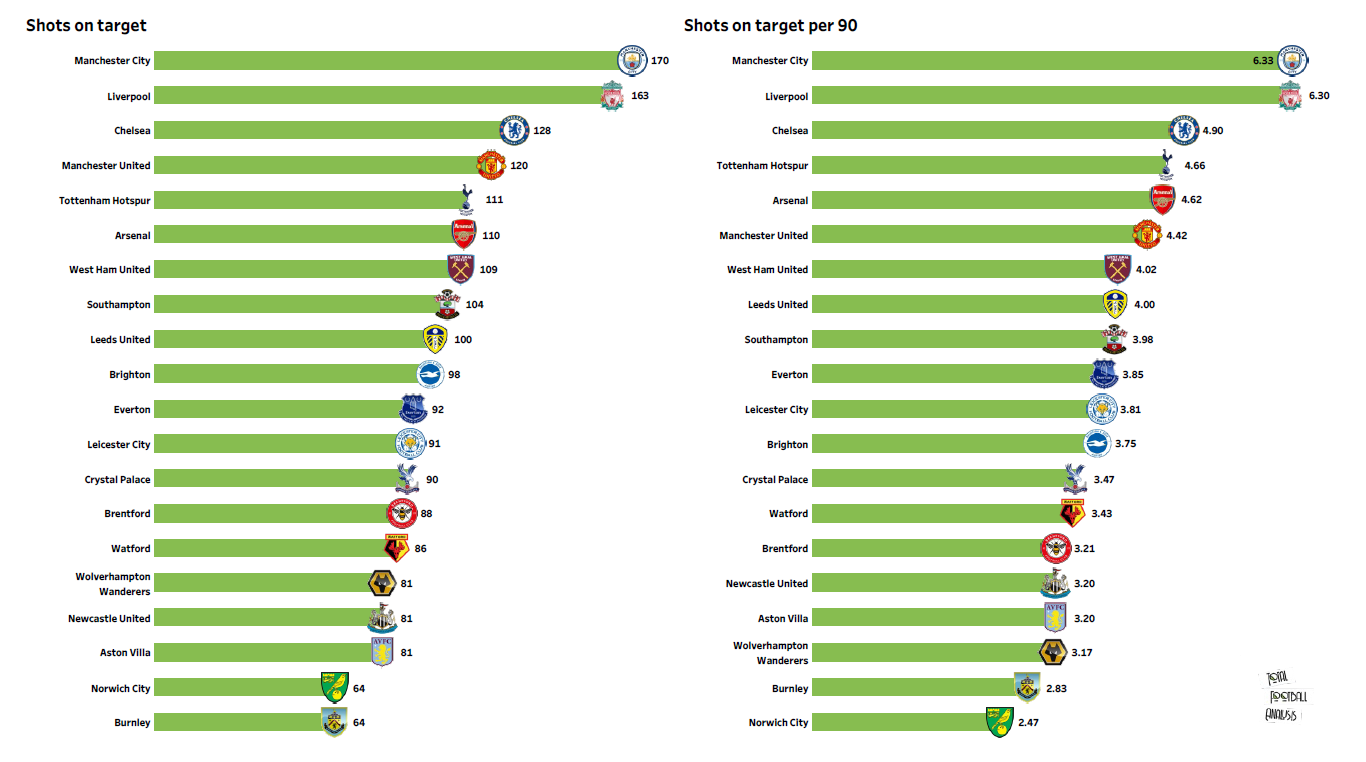 Tottenham have been struggling in their recent matches in the league. Three losses on the bounce against Chelsea, Southampton, and Wolves have seen them drop to the eighth position in the league with 11 wins, three draws, and eight losses in 22 matches. Although they have struggled recently, they do have three games in hand and could realistically make a bid for a top-four finish. However, they would need to tighten things at the back. Poor decision-making and defensive errors cost Spurs the recent match against Wolves. The Lilywhites will be boosted by news that Eric Dier has returned to training and looks set to make an appearance. Tanganga and Skipp are doubtful to appear. 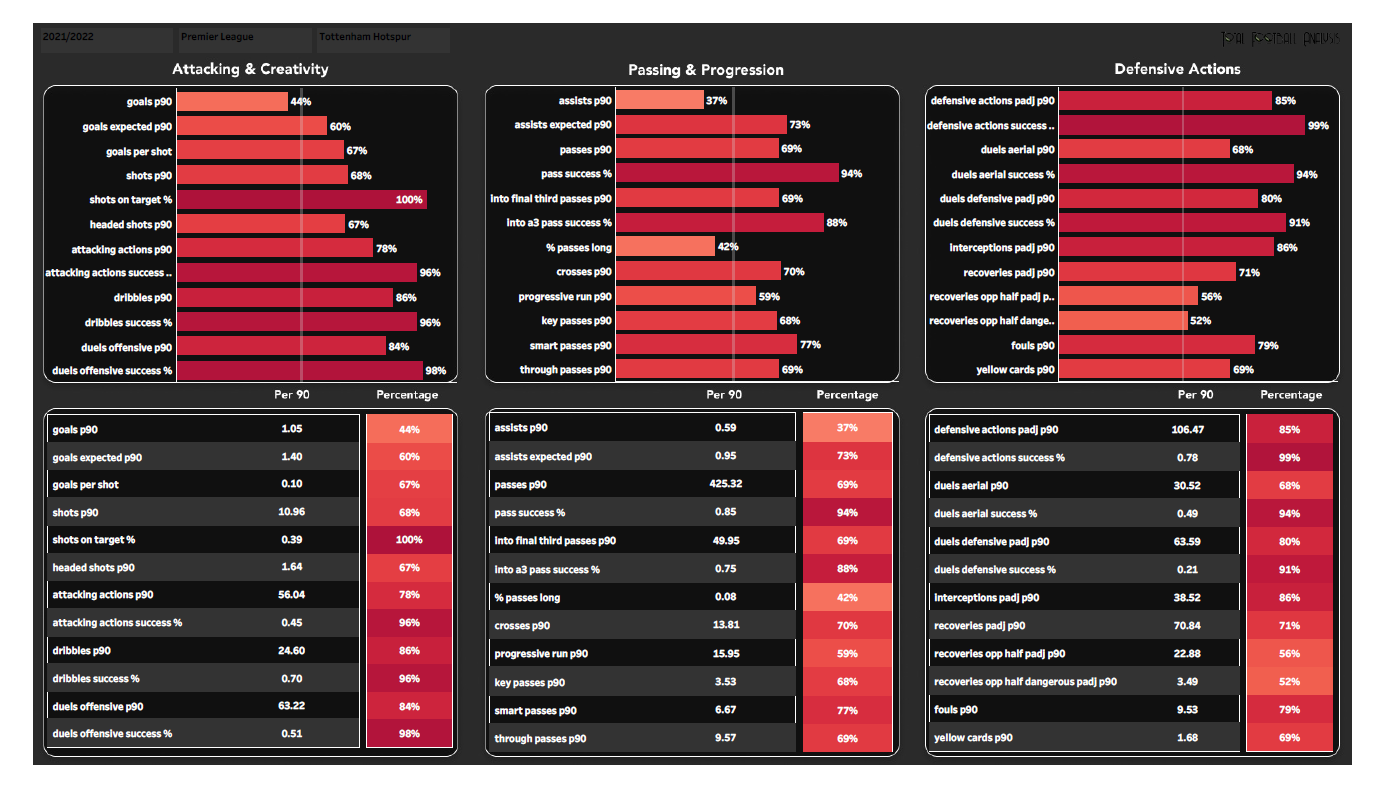 In the above viz., we can see Spurs’ overall stats in the league. They have struggled to find the back of the net this season, scoring just 28 goals, a scenario reflected in the above viz. Spurs are also average in terms of recoveries in the opposition’s half. 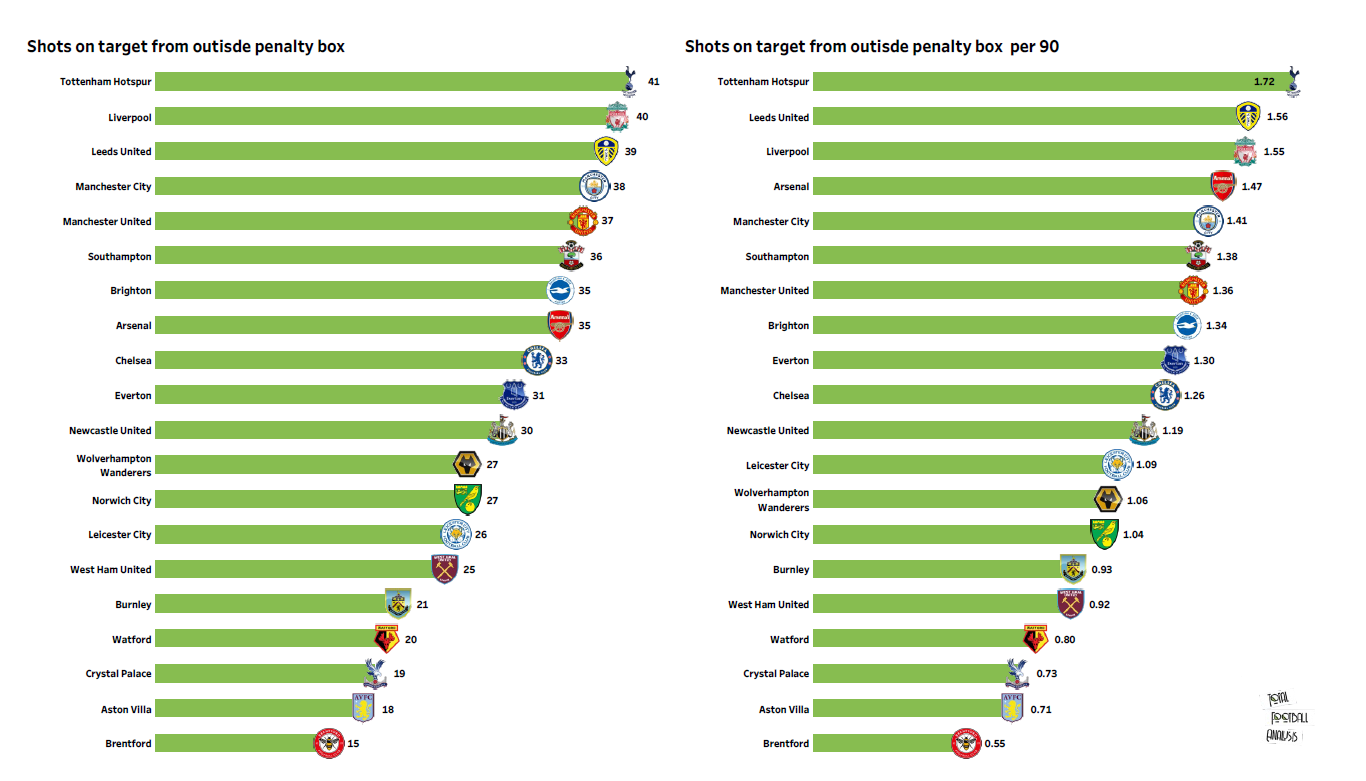 Manchester City are overwhelmingly strong going into the match. They should be able to take three points against a struggling Tottenham.