As of writing, Tottenham Hotspur have agreed to a £25 million transfer fee to bring in Yves Bissouma from Brighton and Hove Albion. The only thing left now for Bissouma is to complete the medical and agree on personal terms with the North London club. This could be a big signing for Spurs ahead of the next season where they will be competing in the UEFA Champions League. If successful, the midfielder will be the third signing Spurs have made this summer as they have already brought in Ivan Perisic and Fraser Foster on free transfers from Inter Milan and Southampton, respectively. In this article, we will see why Bissouma was one of the best-performing midfielders in the 2021-22 season. 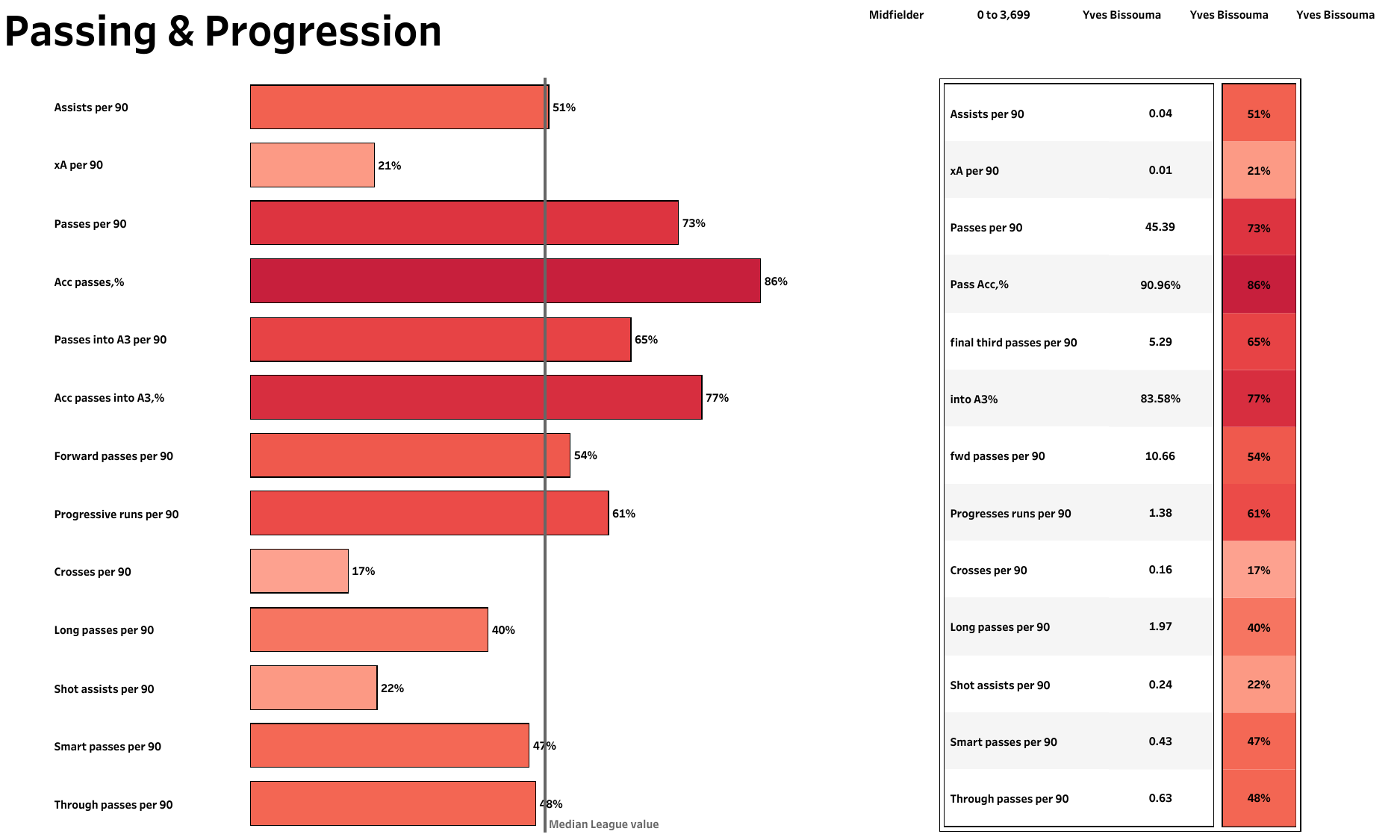 Bissouma made 26 appearances for Brighton in the recently concluded 2021-22 Premier League season, playing for 2,111 minutes. The Malian international, who was born in Cote d’Ivoire, registered two assists and one goal from defensive midfield. The 25-year-old attempted over 45 passes per 90 at a very high pass accuracy of 90.96%, showing his reliability in not giving the ball away. He was also decent in progressing the ball up the field as he attempted 5.29 passes into the final third, finding his teammate on 83.58% of the occasions. 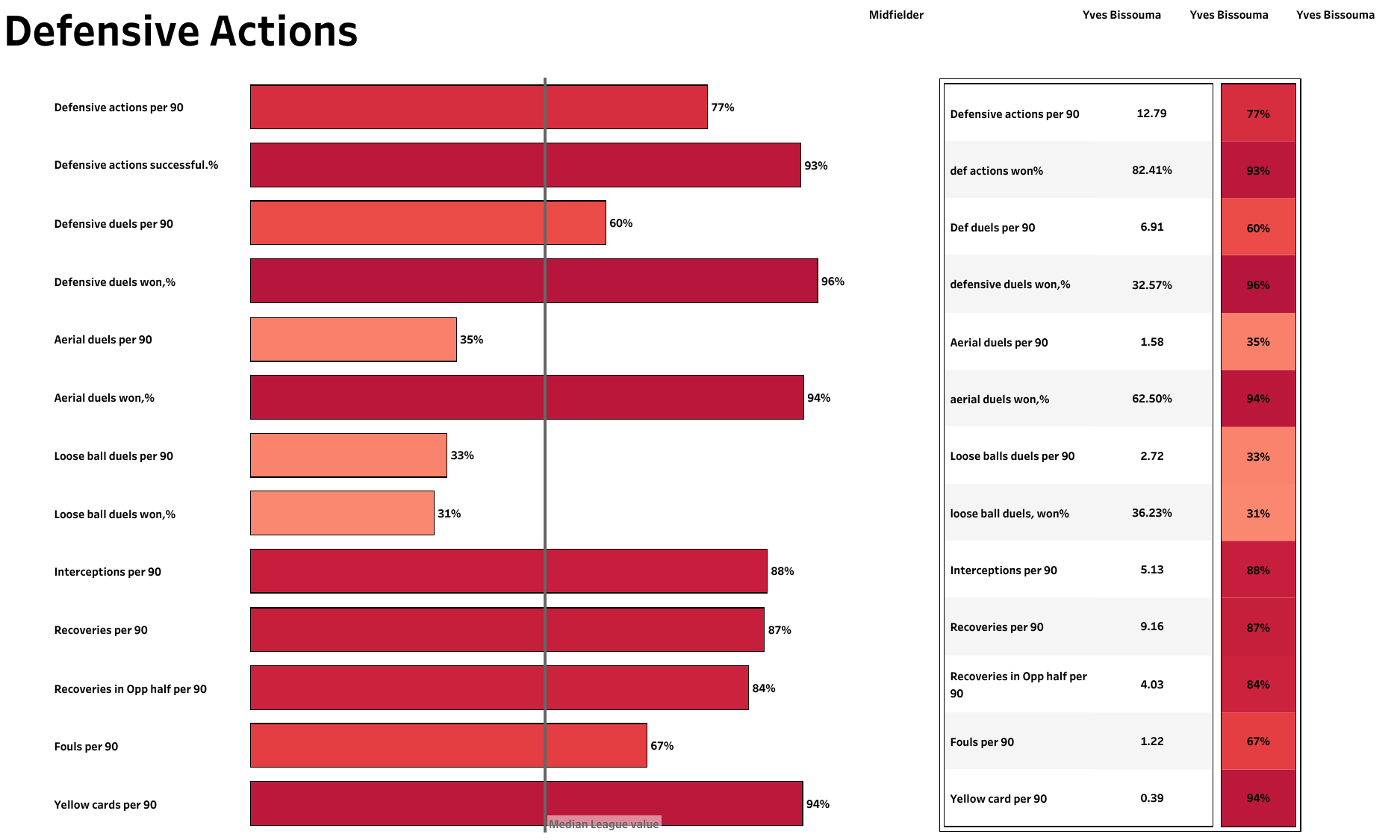 Bissouma provided lots of cover to the Brighton defence in the Premier League season just gone by. He attempted 12.79 defensive actions per 90 at an astounding success rate of 82.41%, which was higher than 93% of the midfielders. With just below seven defensive duels per 90 attempted, and a win rate of 32.57% for the same, the Malian ranks among the top 4% of the midfielders in this category. Standing at 182 cm tall, Bissouma also won 62.5% of his aerial duels, which put him in the 94th percentile. The 25-year-old also ranked in the upper quintile of midfielders in interceptions per 90, recoveries per 90 and recoveries in the opposition’s half per 90. 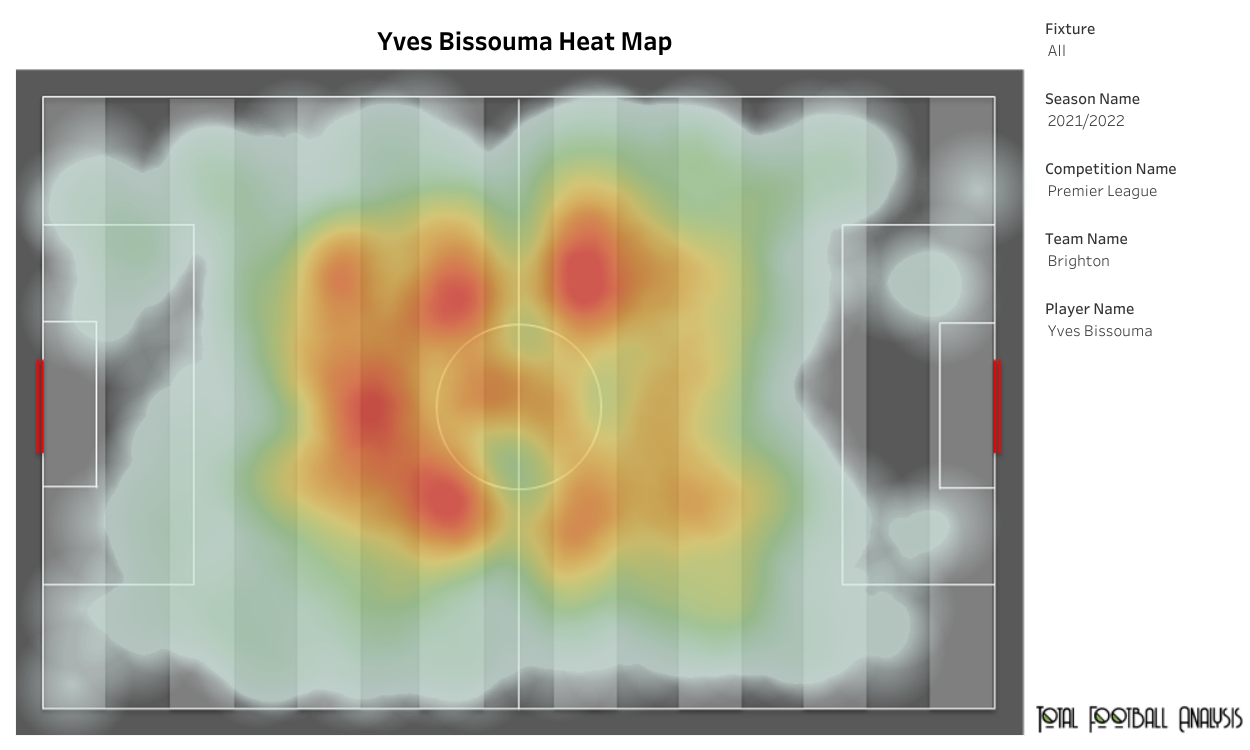 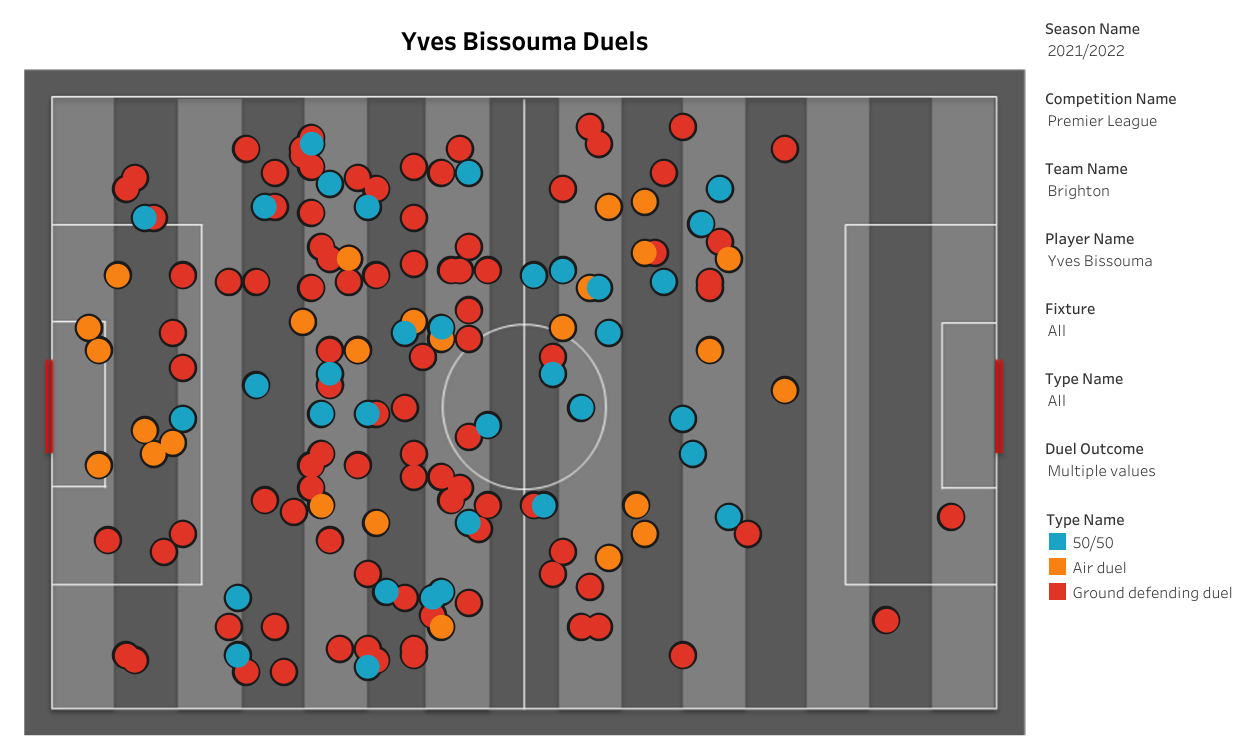 Tottenham may have signed a high-quality defensive midfielder in the form of Yves Bissouma. A fee of £25 million may look low for a man of this calibre, but Bissouma’s contract was expiring in June 2023. So Brighton cashed in for the Malian star.