Wednesday night saw Sporting deny Tottenham Hotspur three points as the North London club failed to register a win at their home ground after playing a 1-1 draw in the UEFA Champions League. Spurs will not be feeling very happy with the way things have gone for them, especially after having clear chances to win the match. Harry Kane did come up with a goal deep in the final seconds of added time, but it was denied by the intervention of VAR as the player was offside. Tottenham Hotspur now sit on top of the table in their Champions League table, but this will be a setback for them as they were trying to get back to winning ways after two straight defeats in the English Premier League.

How did a disciplined Sporting back line deny Spurs three points? Why have Tottenham Hotspur not been able to find the back of the net even after having most of the possession? 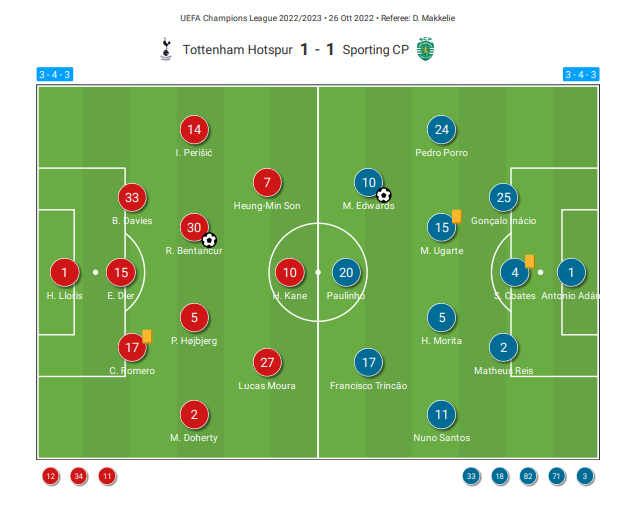