Tottenham Hotspur faces Olympique de Marseille in an all-important match on Tuesday in Group D of the UEFA Champions League. Group D is one of the most interesting groups in the competition this season as nobody has yet qualified for the knockout stages and there is a chance for all four of them to either go ahead or go out. Spurs will go into this crucial tie needing just a draw to ensure a place in the knockout stages. Marseille, on the other hand, requires all three points to remain in the competition.

Spurs come off the back of a victory over Bournemouth in the dying minutes of the game and will be hoping to recreate a similar performance in the match against Marseilles as well. But the visitors will have to do so without their coach at the touchline, as he picked up a red card in the heated match against Sporting Lisbon. Conte will still be hoping his men can produce a great win, even though they just need a draw to qualify for the knockout stages.

Marseille, on the other hand, will compete to try to change their fortunes. They come off the back of three losses and a draw in Ligue 1. They have two wins from five matches in the Champions League and will be hoping they can put up an inspired performance to get three points from the home fixture.

We take a look at some stats that could predict the outcome of the match. 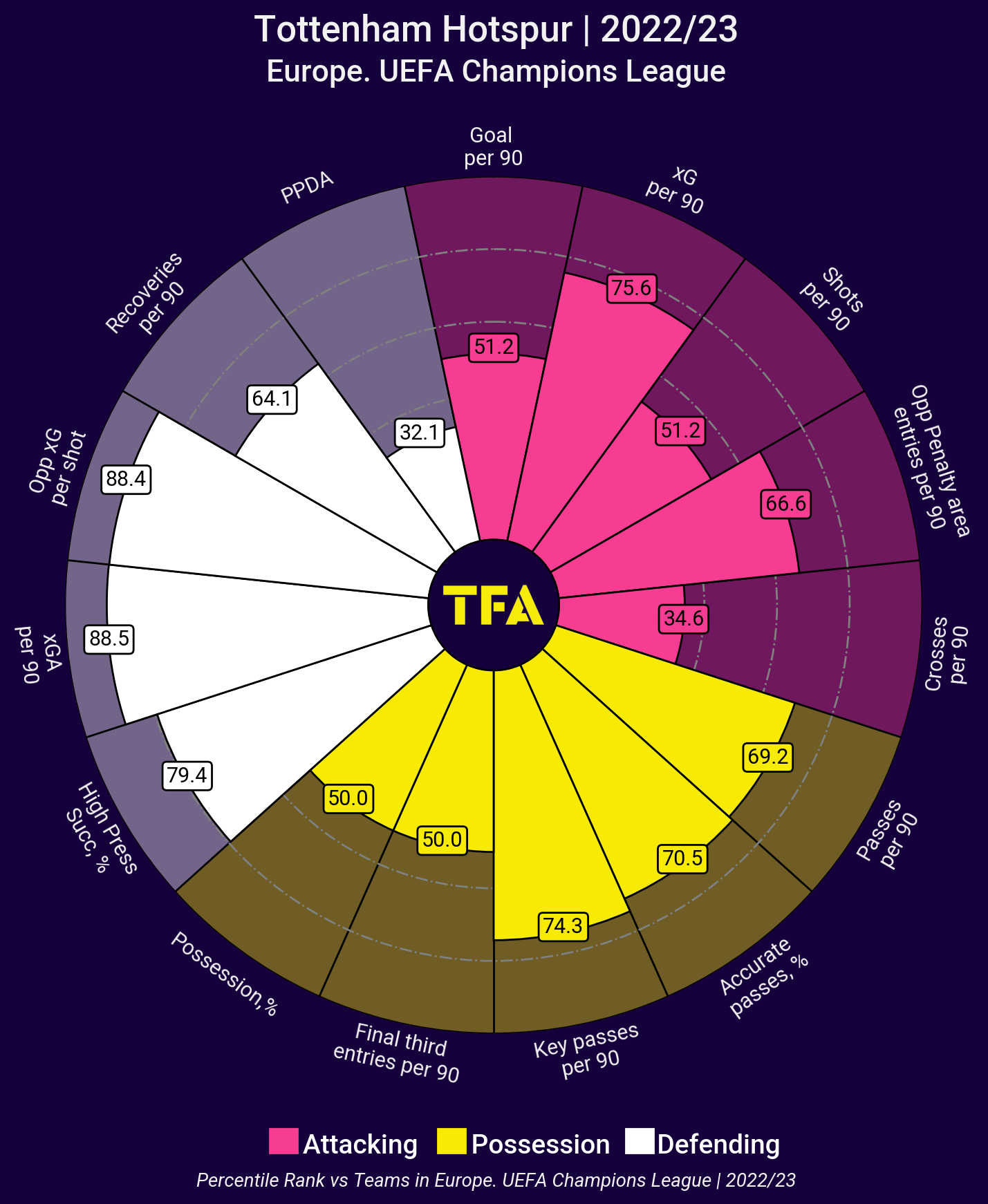 Spurs have an average of 1.2 goals per game. They scored two goals against Marseille when they met at the Tottenham Hotspur stadium. Richarlison found the back of the net twice in five minutes in the second half to put the game to bed. They have a good number of entries into the opposition penalty area and will be banking on their forwards to finish the game. They also boast an incredible average of 1.89 xG rate per game.

Spurs pose an extra danger from set pieces as they have already scored nine goals from corners in the Premier League this season, the most by any side. So far, they have won 5.6 corners a game on average. Antonio Conte will be hoping his men can make use of these set pieces well.

Another problem for Spurs has been the number of goals conceded. They have made a habit of conceding the first goal, and too much pressure is put on the forwards to come up with more goals. On average, Tottenham Hotspur have conceded one goal per game, which means their forwards, almost always have to score two to ensure a win. They also commit 12.2 fouls per game and give away 2.4 free kicks per game. A foul in the defensive third will be the last thing Conte wants from his players on Tuesday night.

Olympique de Marseille have an average of 1.4 goals per game this season. They have only two matches in the Champions League this season, both against Sporting. But they scored six goals in those two games, showing what they are capable of doing on their day. They have an average of 12 shots per game and have scored 7 times in the competition this year. The hosts also have a passing accuracy of 85.9%.

The French side, however, has also conceded six goals this season and two of them were against Spurs. They concede 1.2 goals per game on average and will be trying not to concede a goal as they need a win to qualify for the knockout stage.

Hugo Lloris will have a key role to play in the fixture against Olympique de Marseille as Tottenham cannot afford a defeat. Even a draw would keep Spurs in the competition, but if they lose, they will have to slip into the Europa League. Tottenham Hotspur will be hoping that Lloris puts in his best performance in France. He has made 2.41 saves per game on average and has an average expected conceded goal rate of 0.99. A good performance from him could prove to be the difference today for Spurs. 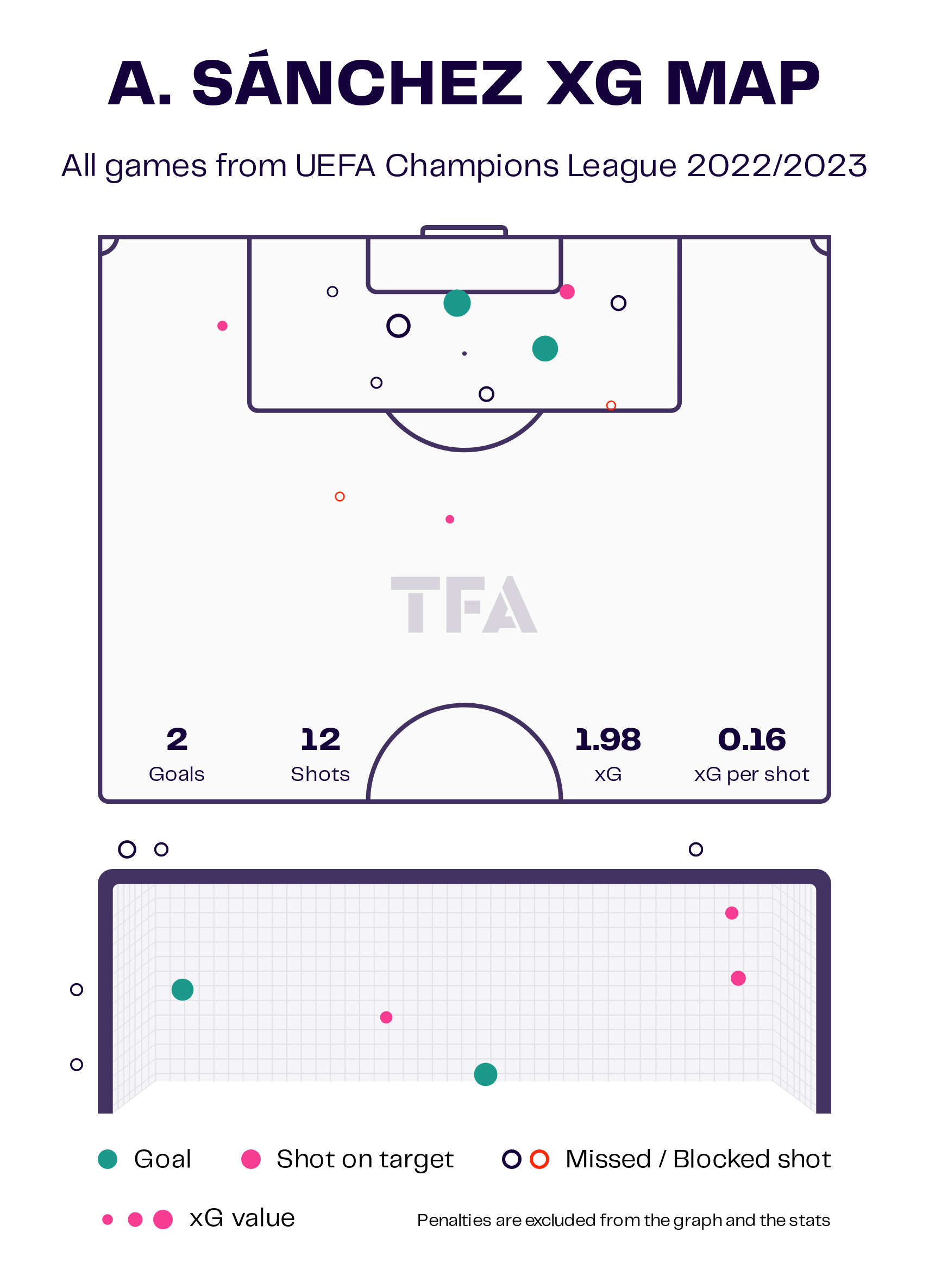 Alexis Sanchez will play a key role for Marseille as they need a win to stay in the Champions League. He has 80.5% passing accuracy and an xG rate of 0.51 per game. The former Barcelona and Arsenal star player has already scored twice in the competition this season, and Marseille fans will be hoping he can do so again at home.

Marseille have good news as Samuel Gigot returns from injury for this game. Eric Bailey has also started training after recovering from a thigh injury. Papu Gueye will miss this match with an injury.

As for Spurs, Richarlison, Dejan Kulusevski, and Christian Romero are still injured and are unlikely to play in this match. Rodrigo Bentancur and Ivan Perisic might return after an impressive game against Bournemouth.

This match has all the makings of a Champions League classic, as Spurs take on Olympique de Marseille on their home turf. The Spurs just need one point to go through, and the hosts are in search of all three. It will be a good test for Tottenham Hotspur’s defence and Marseille’s attack as they both need to be sharp on Tuesday night.