Tottenham Hotspur have had a busy summer transfer window so far. They have signed Ivan Perisic, Fraser Foster, Richarlison, Clement Lenglet (on loan) and most recently, Djed Spence. As far as outgoing transfers are concerned, they have sold Steven Bergwijn and Cameron Carter-Vickers. With Richarlison’s arrival, Spurs have strengthened their depth in the attacking department. However, this might not be good news for youngster Troy Parrott. His only hope to break into the Tottenham first team would be to impress on loan elsewhere. Last season, he was on loan at EFL League One side Milton Keynes Dons.

Parrott played 47 games for MK Dons across all competitions last season, including 43 in the EFL League One. He played just shy of 3,180 minutes in the league, scoring nine times. He marginally underperformed on his xG per 90 of 0.3 by netting 0.24 per 90. He attempted 2.45 shots per 90 and hit a respectable 39.8% of them on target. The Irishman registered nearly four touches in the attacking penalty area per 90, placing him in the upper 14% among forwards. He completed 68.75% of his 3.79 dribbles per 90. He was also involved in more than 12 offensive duels per 90 and 8.5 attacking actions per 90. 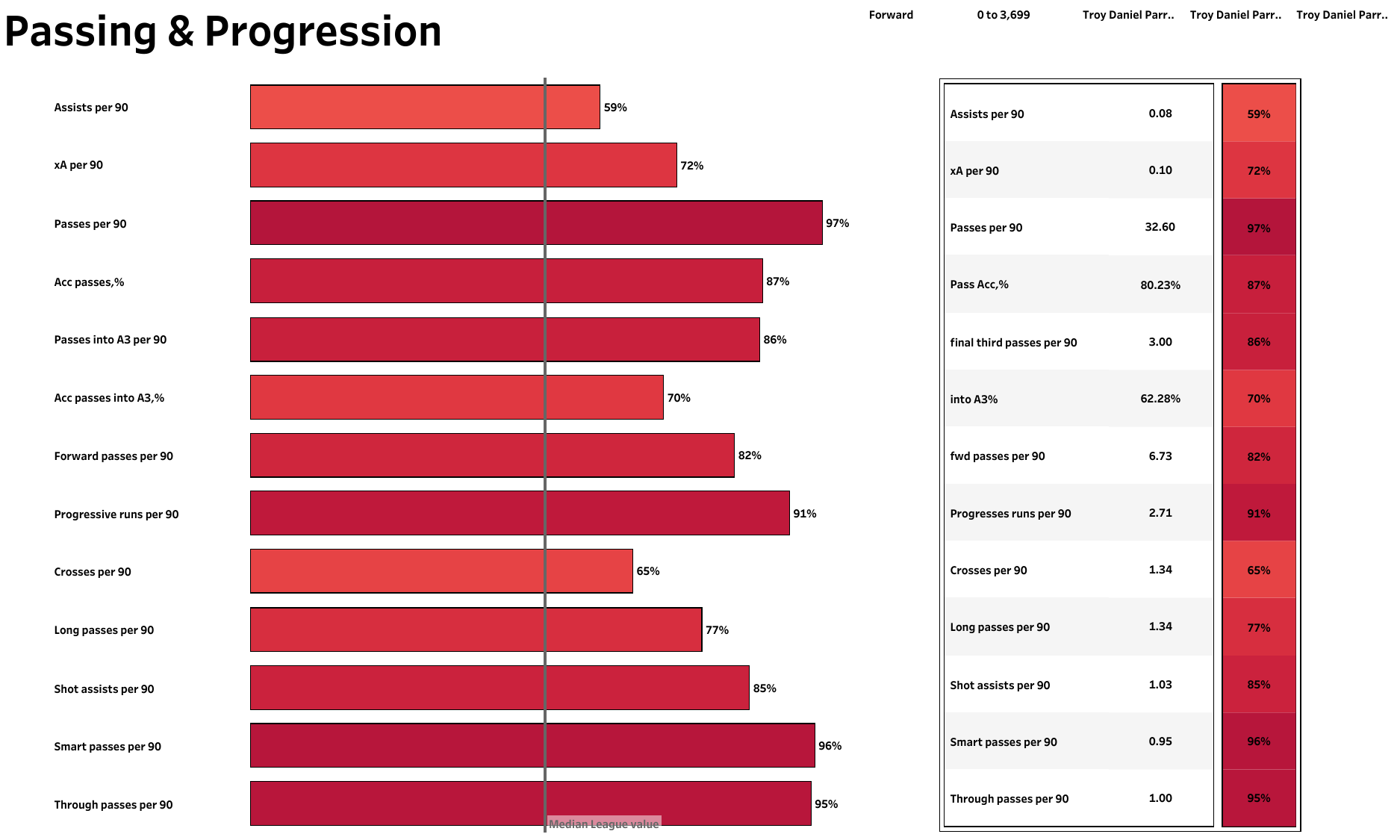 In addition to his nine goals, Parrott also provided seven assists, getting himself involved in a goal every ~199 minutes, though he slightly underachieved compared to xA per 90. For an attacker’s standards, the Irishman was a volume passer of the ball, attempting nearly 33 passes per 90, putting him in the 97th percentile. His passing accuracy was very high at 80%. He completed two out of his three balls into the final third per 90. He made 2.71 progressive runs per 90 and 1.03 shot assists per 90, enough to place him in the upper quintiles in both categories. With 0.95 smart passes per 90 and one through ball per 90, he put himself in the top 4% and top 5%, respectively. 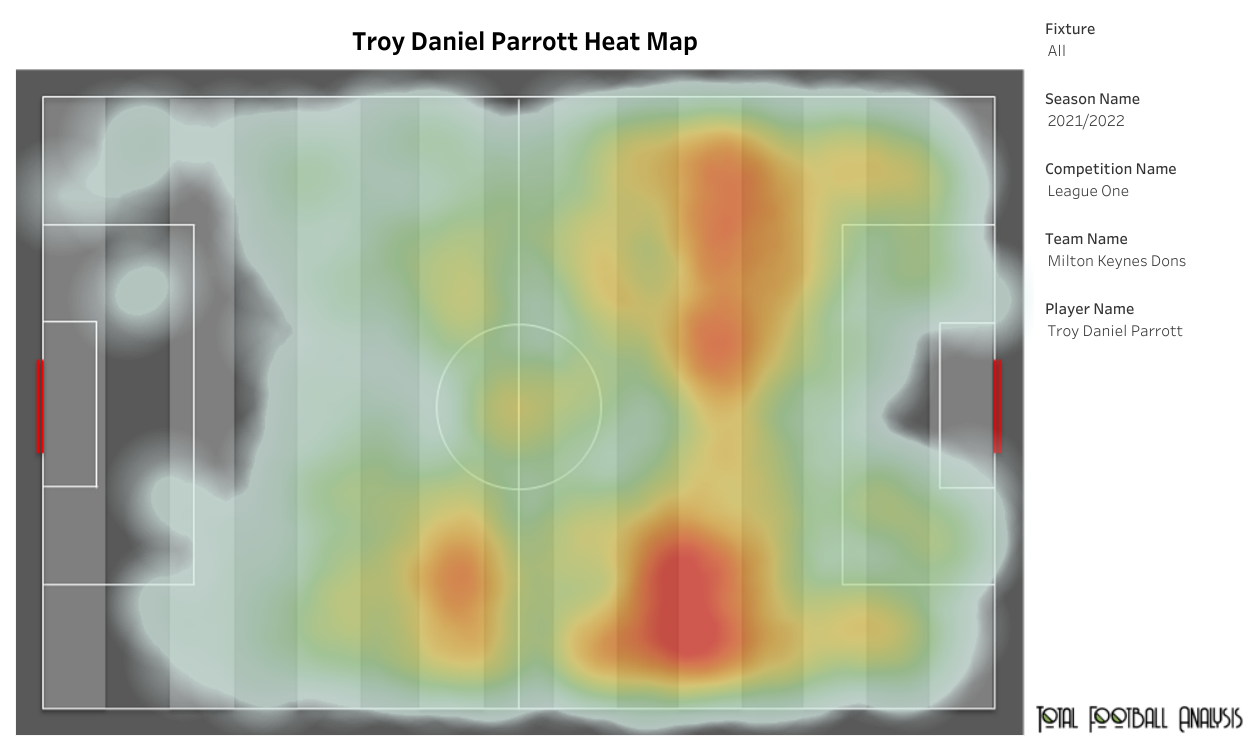 Even though Parrott’s main position is centre-forward, he displayed his versatility by playing on not one, but both wings. He appeared on the right flank more often than he did on the left, but the majority of his games came as a striker for the team. He completed 33 crosses and drew far more fouls (68) than committing them (32).

Even though Troy Parrott has barely featured for Tottenham Hotspur’s first team, he has already been capped 15 times by the Republic of Ireland’s national team. He would benefit from a loan deal and to his rescue, Sunderland have registered interest in bringing the young Irishman to the Stadium of Light ahead of the start of the 2022-23 season.