Rodrigo Bentancur joined Tottenham Hotspur in the winter transfer window last season from Juventus, and he is enjoying a brilliant time in North London as he has already become a key member of the Conte army. He has scored two crucial goals in the English Premier League this season so far and has two assists to his name as well. He has also registered a goal to his name in the UEFA Champions League against Sporting. His brilliant performances have made him a regular starter on the Spurs’ side.

We take a look at some stats to understand how Rodrigo Bentancur has cemented his place in the middle of the park in a star-studded Tottenham Hotspur side. 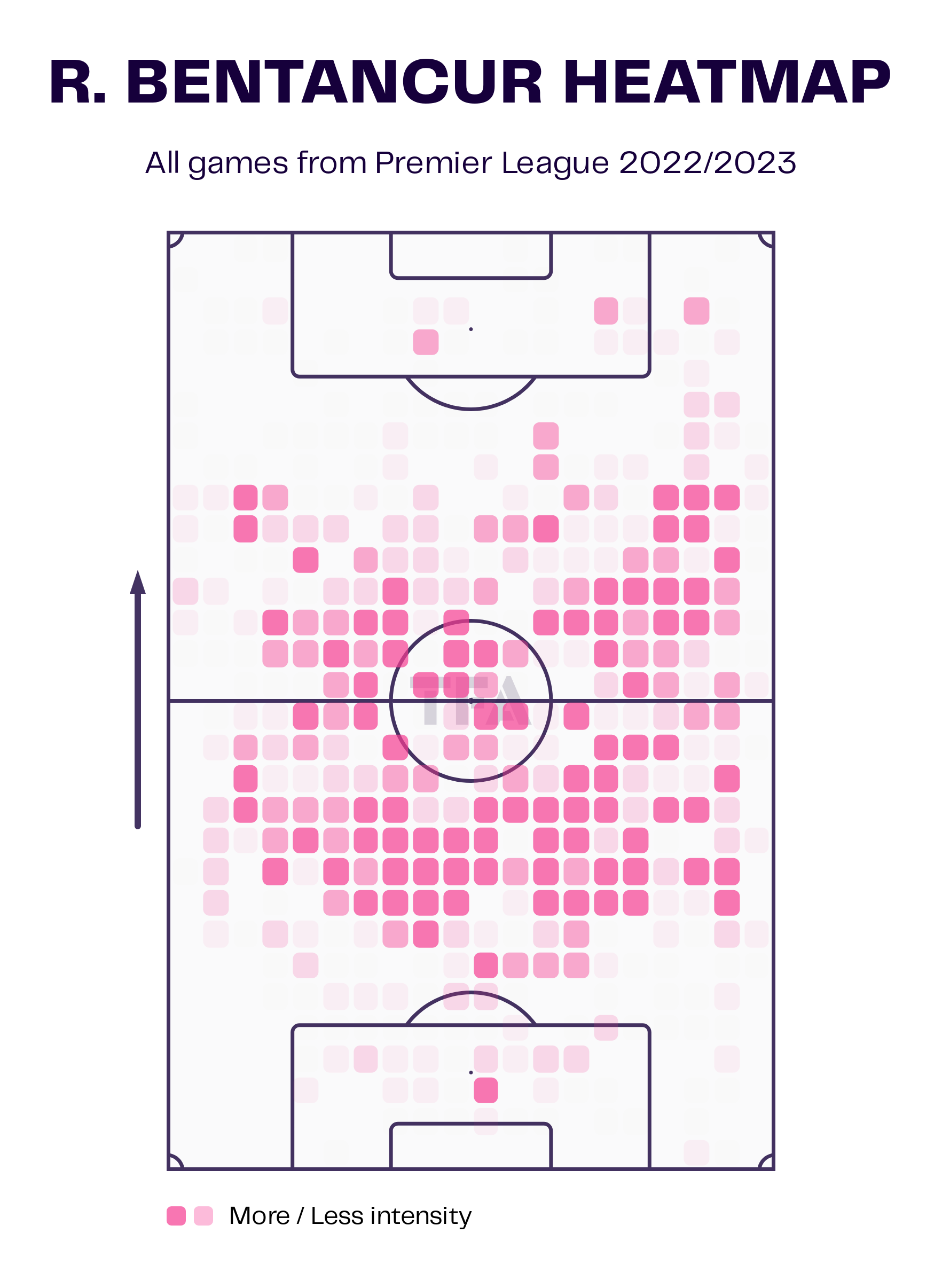 Rodrigo Bentancur usually plays either as a left-centre midfielder or a right-centre midfielder and controls the middle of the pitch. He makes an average of 6.01 defensive duels per game in the Premier League for Spurs, with a 67% success rate. He also wins the loose balls three times a match on average. He uses his incredible awareness to help the team win the ball back in the opposition’s half. The Uruguayan has an average of 9.51 recoveries in the opposition half and wins 51.5% of the aerial duels as well. His dominance in the air has been crucial, as he scored a late goal against Sporting in the Champions League. 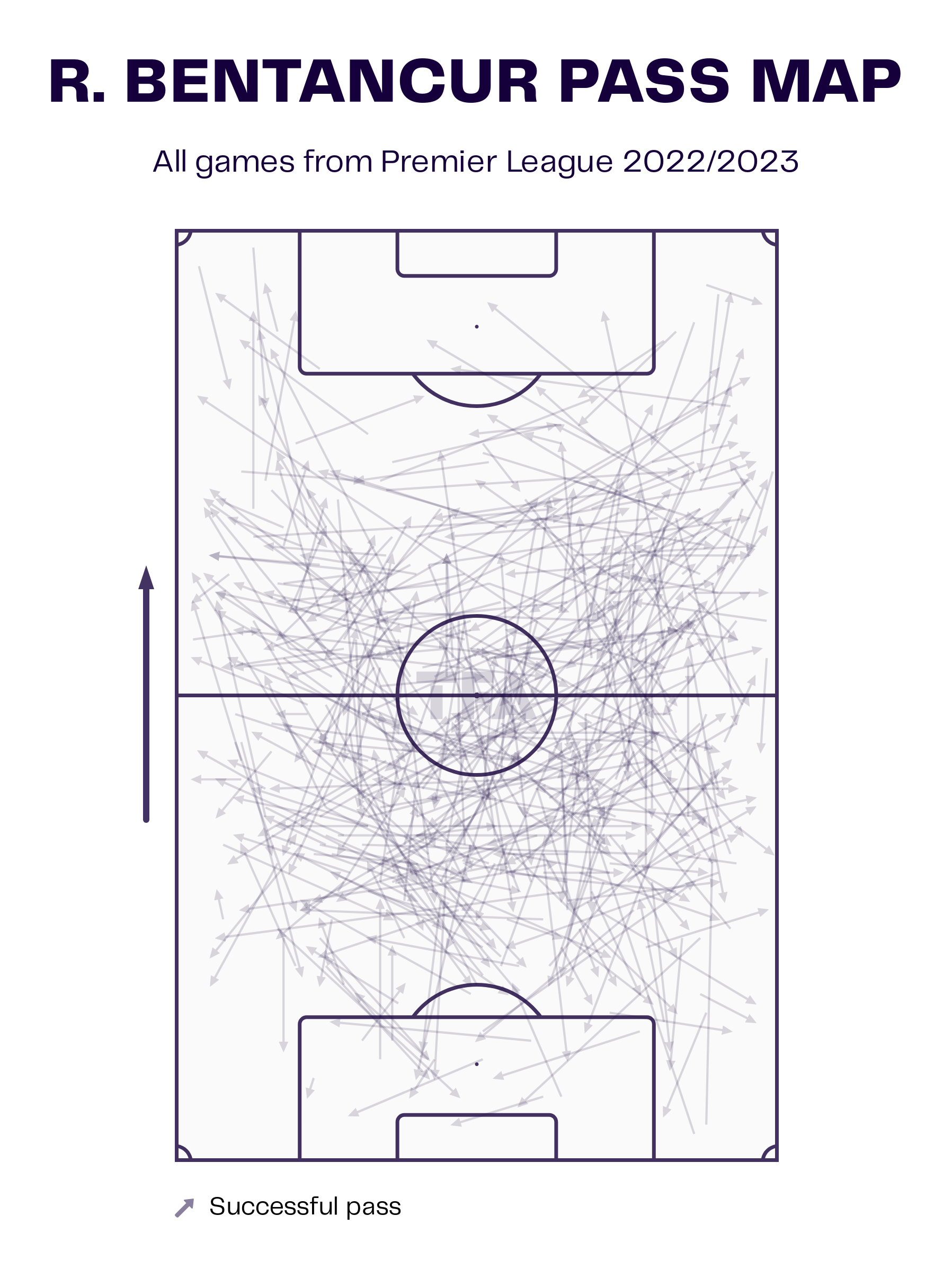 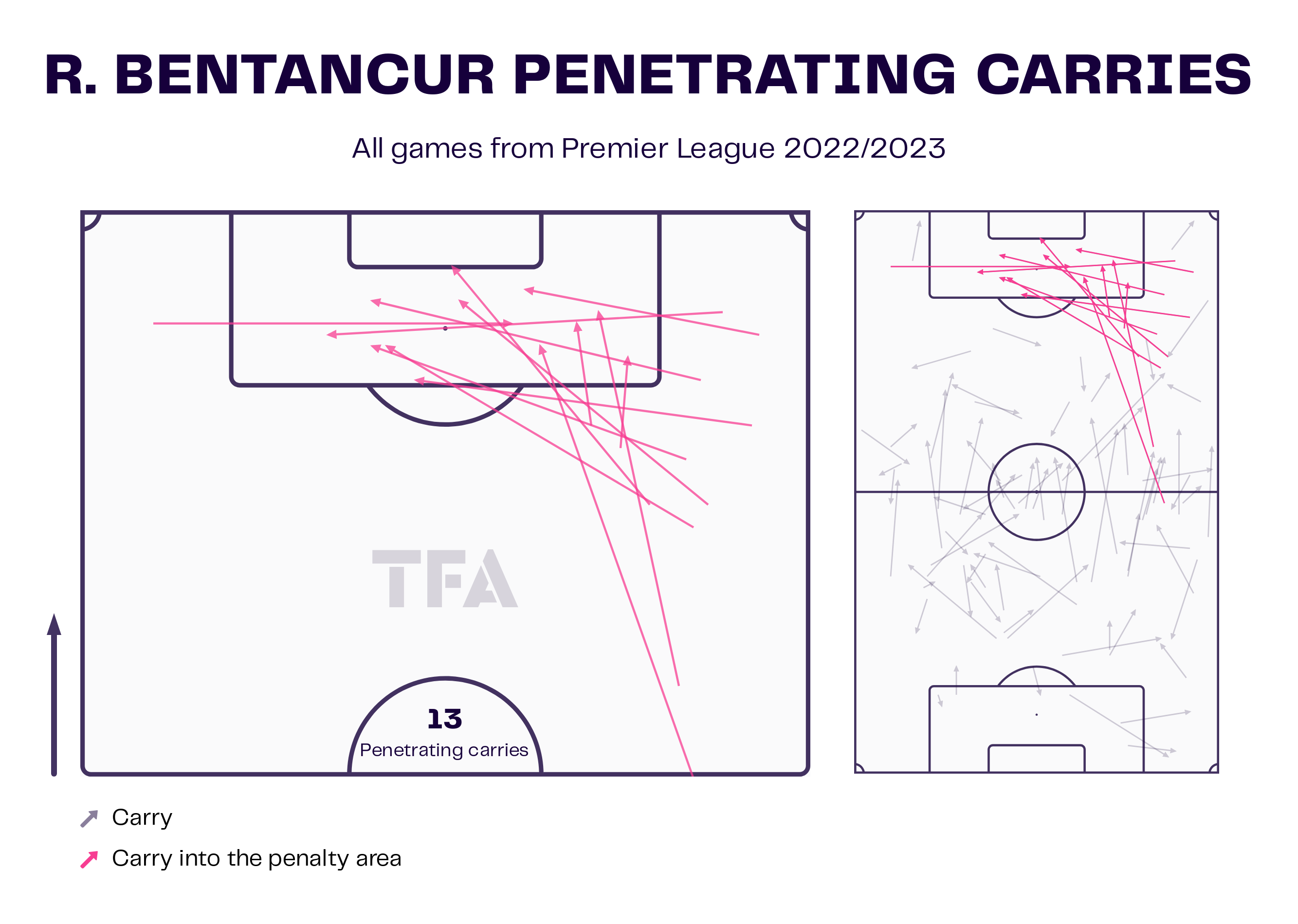 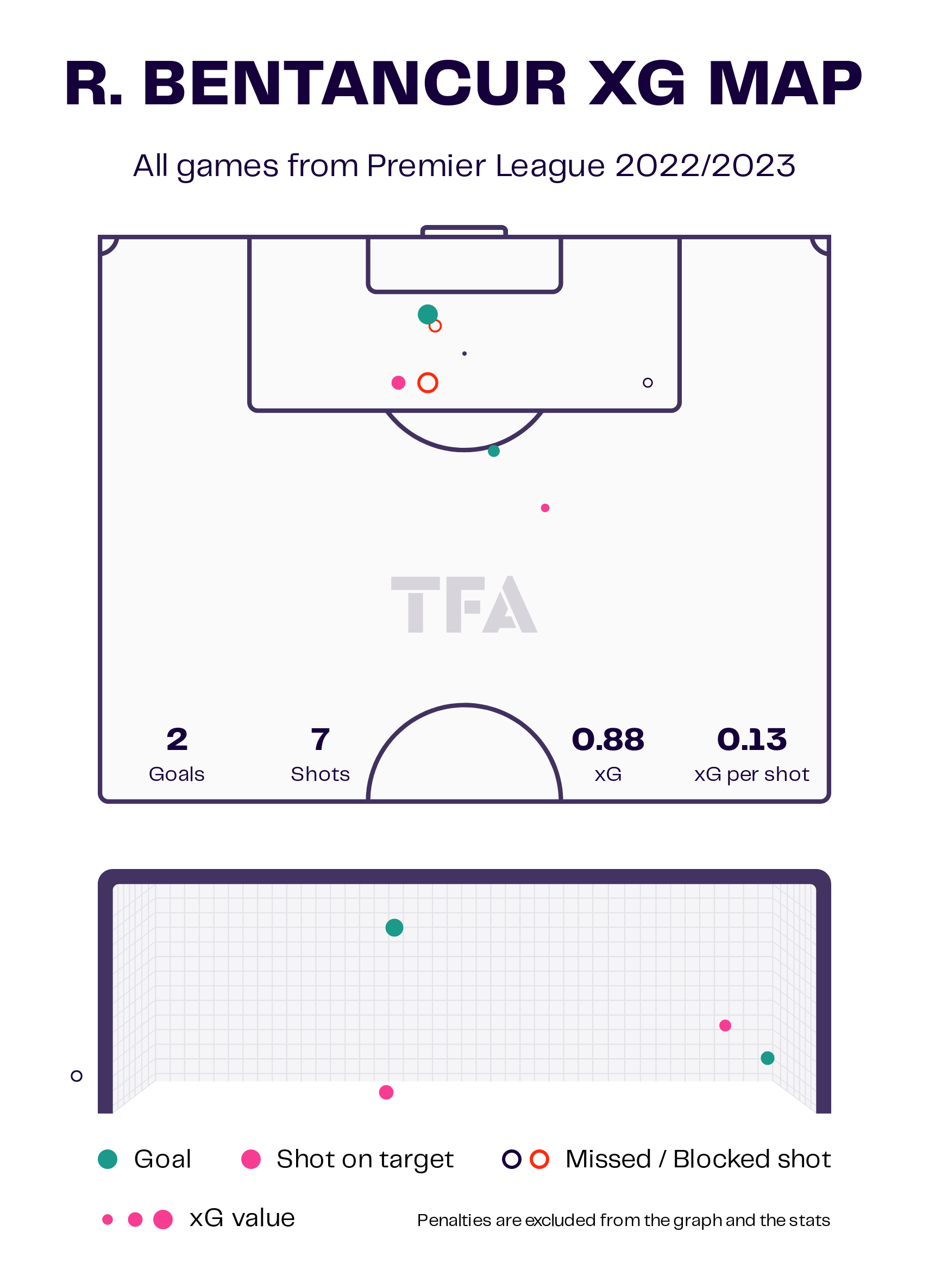 Rodrigo Bentancur has two goals to his name so far this season in the Premier League and has been crucial in clutch situations as well. He scored the late winner against Bournemouth in the 92nd minute and has an average of 0.17 goals per game. The midfielder is not shy about taking shots on goal either and has 0.58 shots per game with 52.6% accuracy. He has 0.5 shot assists to his name as well.

The signing of Rodrigo Bentancur has proven to be good business for Tottenham Hotspur, as he has been brilliant for them this season. He has proved that he is a big-match player and has scored when needed as well. With other midfielders like Dejan Kuluseveski out with injury, Spurs management will be urging him to continue producing good performances.