On Sunday night, Newcastle United beat Tottenham Hotspur 2-1 in the English Premier League to move into the top 4 of the table. Newcastle continued their brilliant run in the Premier League this season and stunned the hosts as Callum Wilson and Almiron found the net in the first half to give the visitors a 2-0 lead at halftime. Even though Harry Kane pulled one back in the early minutes of the second half, Tottenham couldn’t find their finishing boot again as they succumbed to a brilliant Newcastle show.

How did Newcastle’s high number of interceptions help them deny Tottenham three points? Where did it go wrong for Tottenham, even after having a high xG of 1.86? 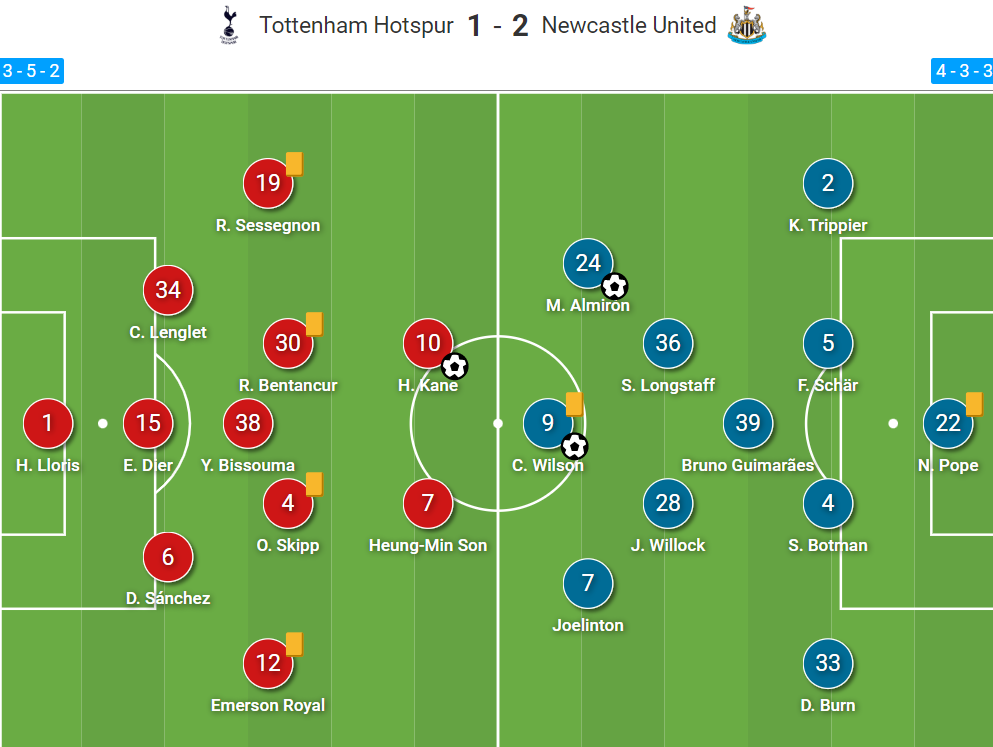