Tottenham Hotspur will face Brighton & Hove Albion in the Premier League on Saturday at the Tottenham Hotspur Stadium. While Spurs are on a four-game winning run, the Seagulls will be seeking for back-to-back league wins in North London after defeating Arsenal at the Emirates Stadium last weekend.

Tottenham Hotspur come into this game from a 4-0 league win against Steven Gerrard’s Aston Villa. A brilliant hat-trick from Son Heung-Min and a strike from January signing Dejan Kulusevski helped Antonio Conte’s side secure all three points. The Spurs are now unbeaten in their last four games in the Premier League while scoring 14 goals and conceding only two goals. 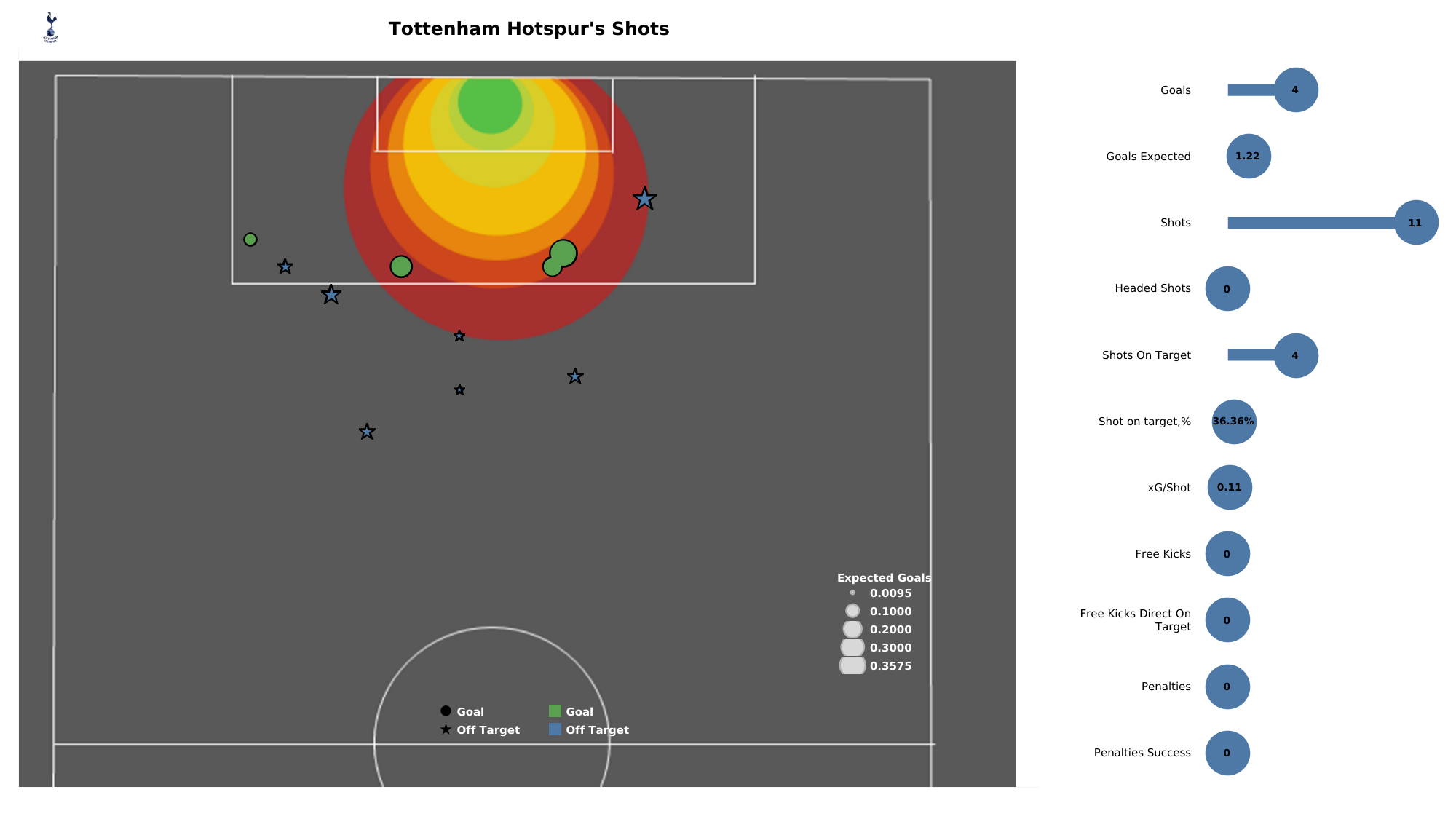 The above visual shows us the shotmap for Tottenham’s match against Aston Villa last week. Spurs had a total of 11 shots on goal, with four shots on target. They had a 100% conversion rate with their shots on target, as they managed to score a goal from every shot they had on the target. 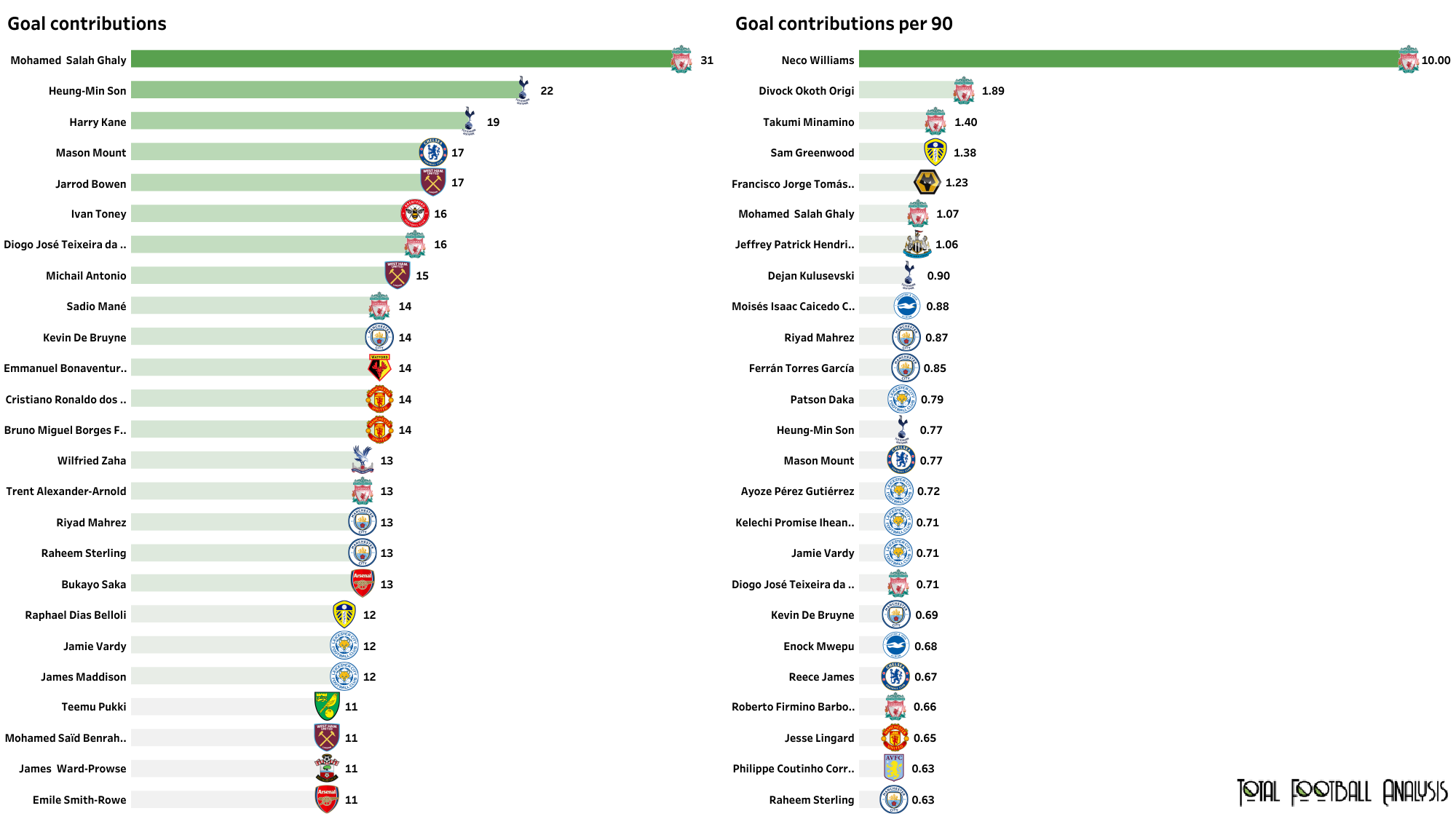 The Kane-Son has been one of the most dangerous duos in Europe this season. They have scored 29 goals for the Spurs and have also racked up a number of assists for themselves. Son has scored six goals in his last three games and is in the form of his life. Kane on the other hand did not get a goal against Aston Villa but did manage to provide two assists.

Antonio Conte will be without right wing-back Matt Doherty, with the Irish defender sustaining a season-ending knee injury in last weekend’s win over Aston Villa. Emerson Royal is expected to replace Doherty on the right-wing. Apart from Doherty, Conte is likely to pick the same squad as he did for the game against Villa.

Brighton & Hove Albion, on the other hand, defeated Mikel Arteta’s Arsenal 2-1 in the league. Graham Potter’s side won courtesy of goals from Belgian winger Leandro Trossard and Zambian midfielder Enock Mwepu. Martin Odegaard did manage to get one back for Arsenal, but the goal ended up to be nothing more than a consolation. Brighton’s terrible form has seen them drop to the bottom half of the standings, but their win last weekend has lifted them to 11th position, equal on points with Crystal Palace, who occupy the 10th position. 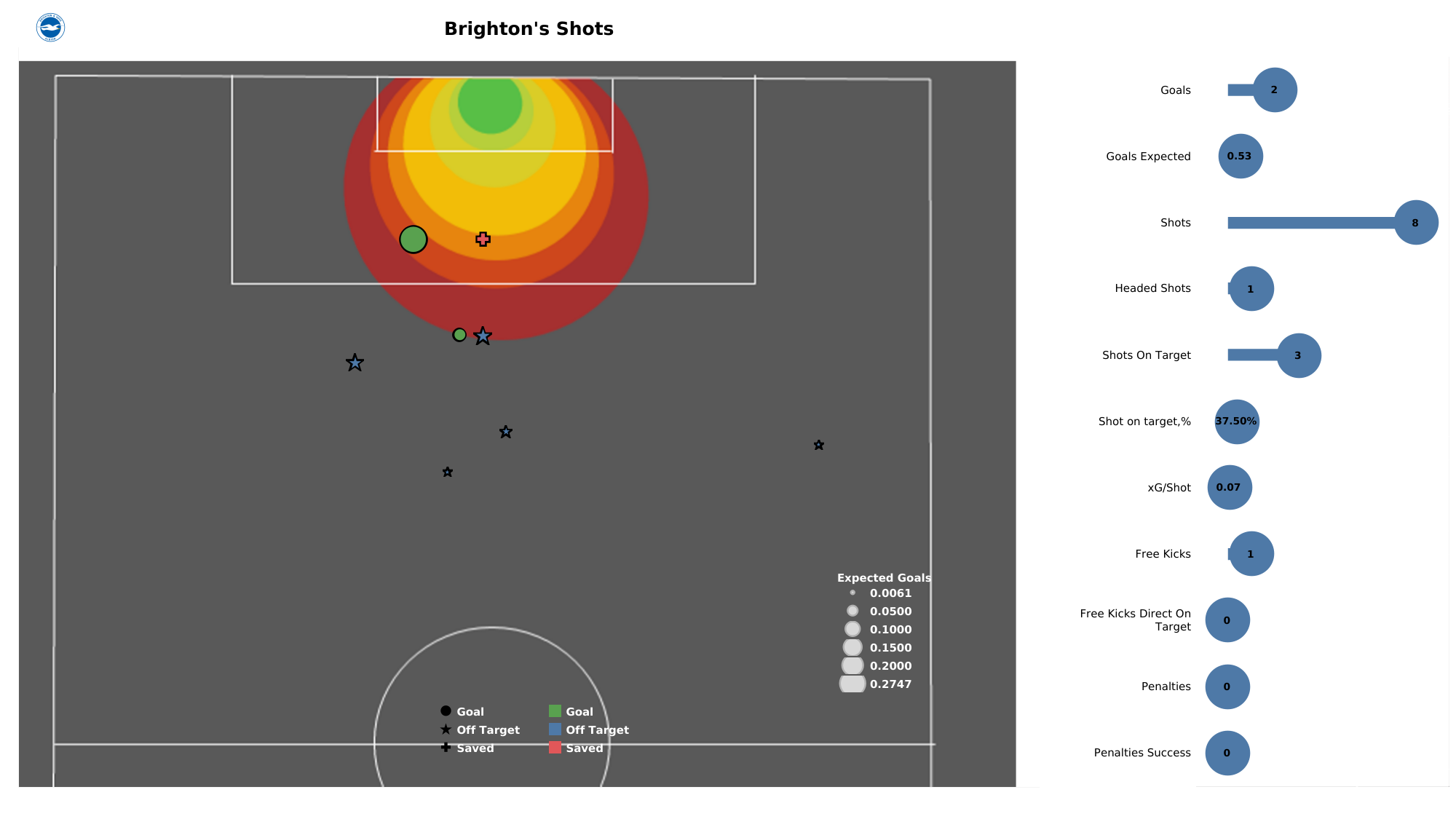 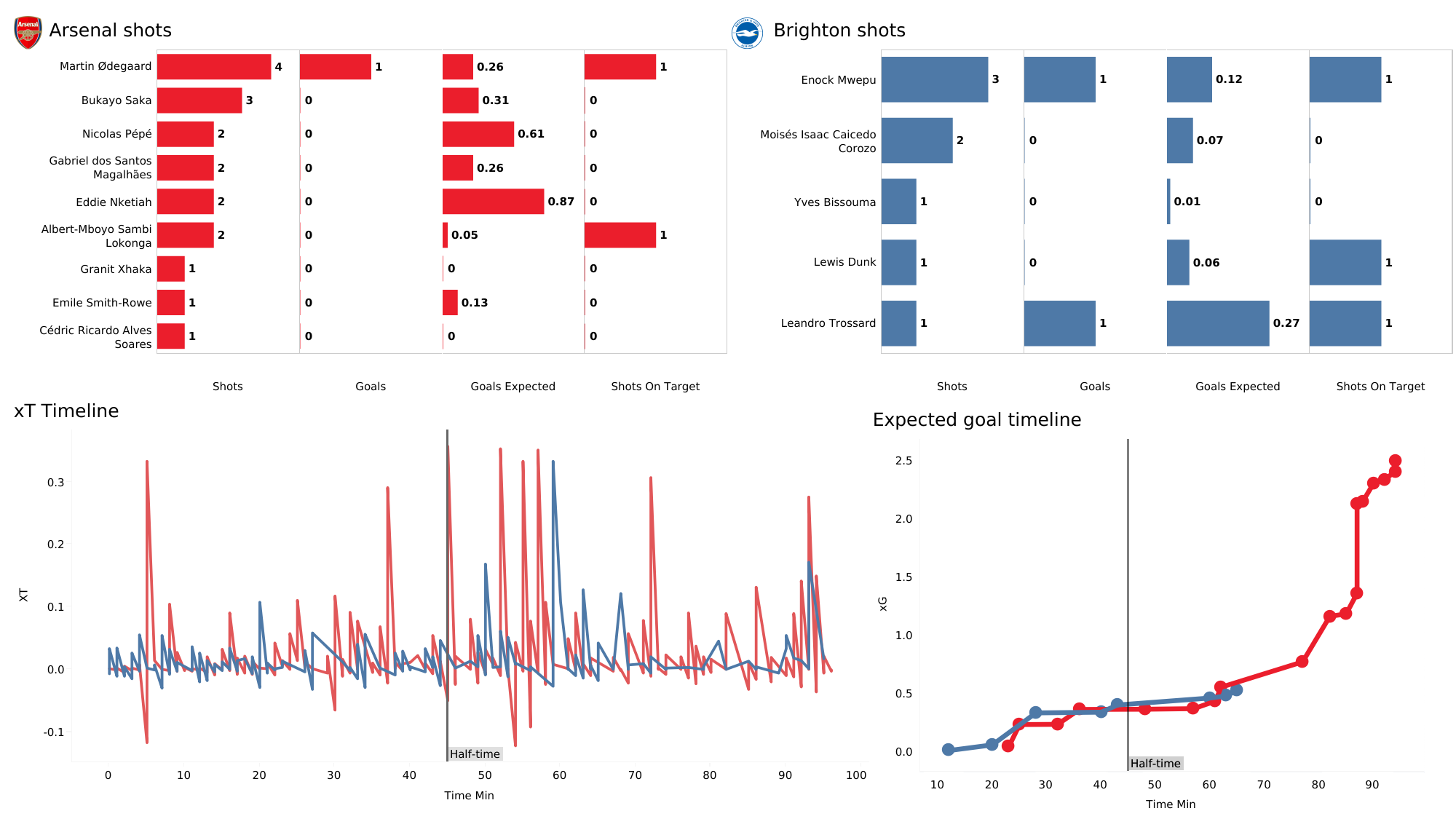 The xT and xG timelines from the Arsenal vs Brighton game indicate that the Gunners dominated the game in terms of the number of chances created, but it was Brighton who converted the chances they got to secure all three points. The xG timeline indicates that Brighton did well to hold off the Arsenal attacks, as the Gunners had a number of shots on goal towards the end of the game.

Antonio Conte’s men have been in brilliant goalscoring form recently and are expected to come out on top against Graham Potter’s side. Arsenal have a tough couple of weeks as they face Chelsea and Manchester United next week, which gives Tottenham the perfect opportunity to maintain their position in the top four of the Premier League table.