On Saturday the 7th of May, Tottenham Hotspur travel to Anfield to take on Liverpool in matchday 36 of the Premier League. The previous meeting in December 2021 saw both the teams play out a thrilling 2-2 draw at the Tottenham Hotspur Stadium. Heading into this match, Liverpool won 3-2 at Villarreal in the UEFA Champions League midweek game, and Spurs won 3-1 at home against Leicester City. 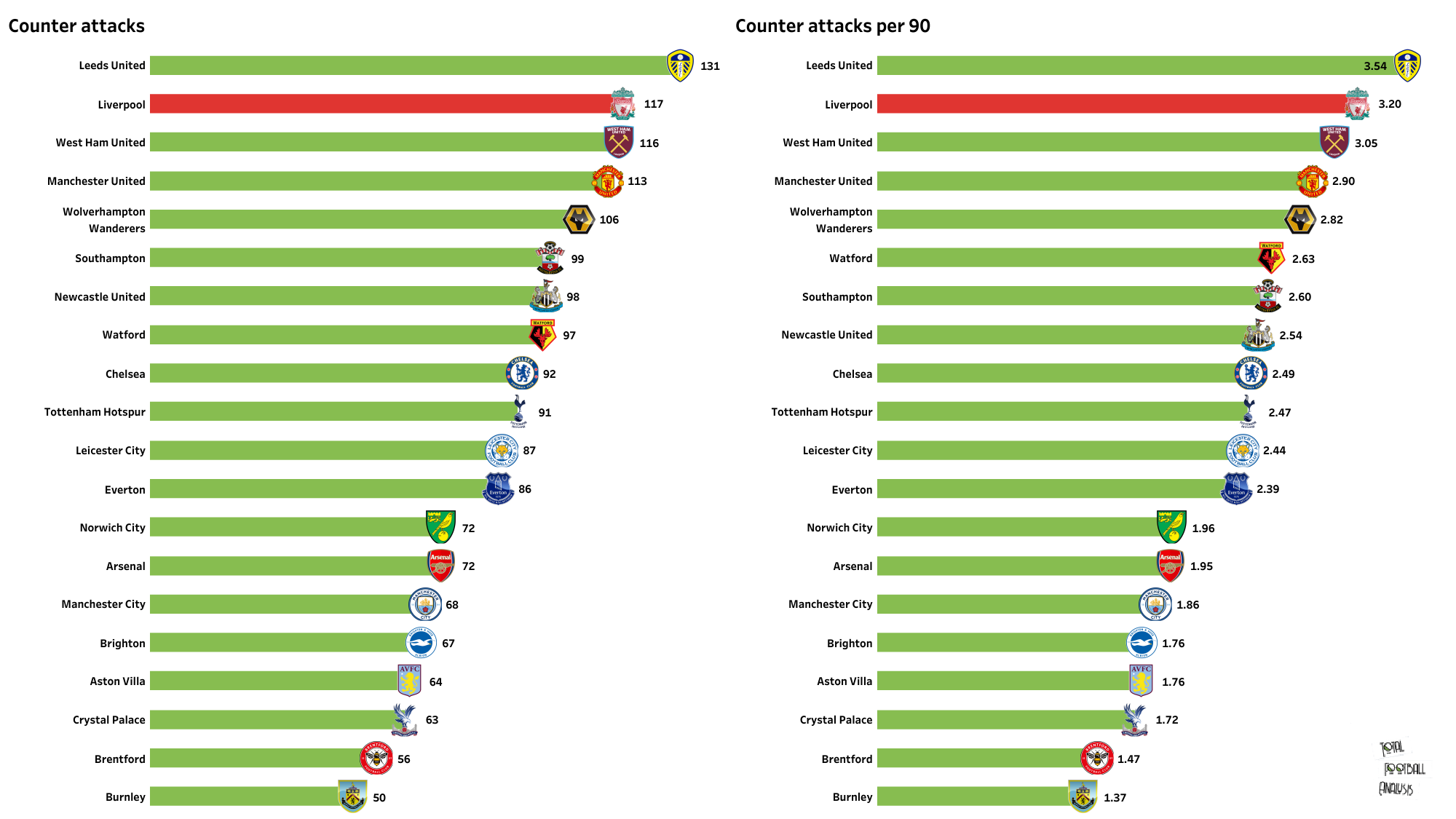 Liverpool come into this fixture having sealed a place in the Champions League Final thanks to a 3-2 away win at Villarreal and 5-2 on aggregate. It is their third UEFA Champions League Final appearance in five seasons. Their last game in the Premier League was a 1-0 away win at Newcastle United. This season in the Premier League, Liverpool have had the second most counterattacks, with 117 to their name. The Reds trail only Leeds United in this stat. Therefore, Spurs must beware of the counterattack threat.

Given in the above visual is the shot map of Liverpool in the 2021-22 Premier League campaign, excluding the penalties. The Reds have been very clinical inside the opponents’ six-yard box, capitalizing on almost every chance. Liverpool’s top three scorers – Mohamed Salah, Diogo Jota and Sadio Mane – account for nearly 60% of the total goals scored. Spurs should be careful not to let these three men have a sniff. 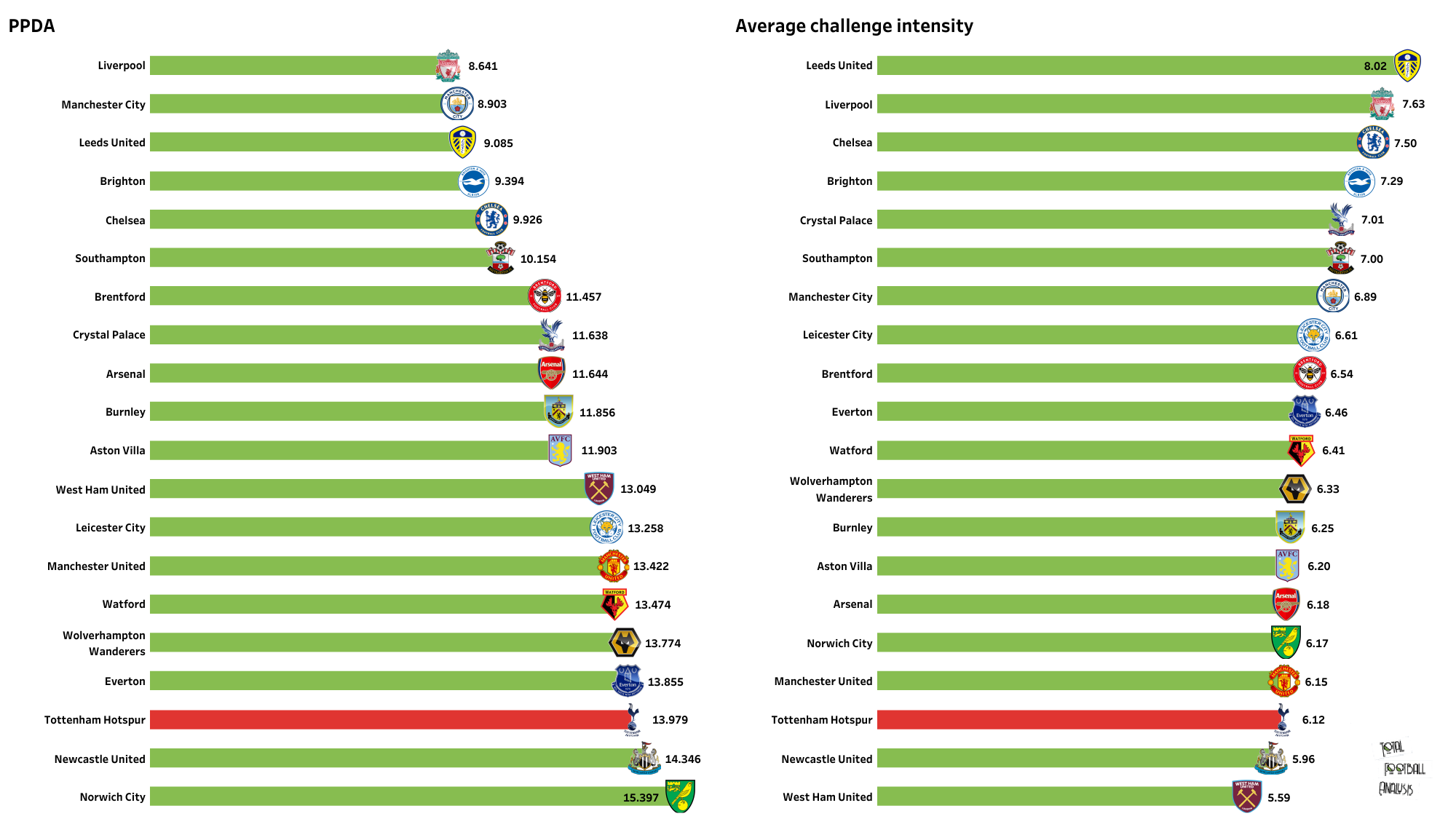 Tottenham Hotspur head into this game after a 3-1 win over Leicester City at home. Harry Kane netted once, and Son Heung-Min scored a brace. That win puts Spurs three points ahead of Manchester United with two games in hand, but two behind Arsenal in the top four race. The North Londoners have a record of 19 wins, four draws and 11 losses, with a goal difference of +20. Spurs have the third-lowest challenge intensity and PPDA in the 2021-22 Premier League season (lower the PPDA number, higher the pressing intensity, and vice versa). 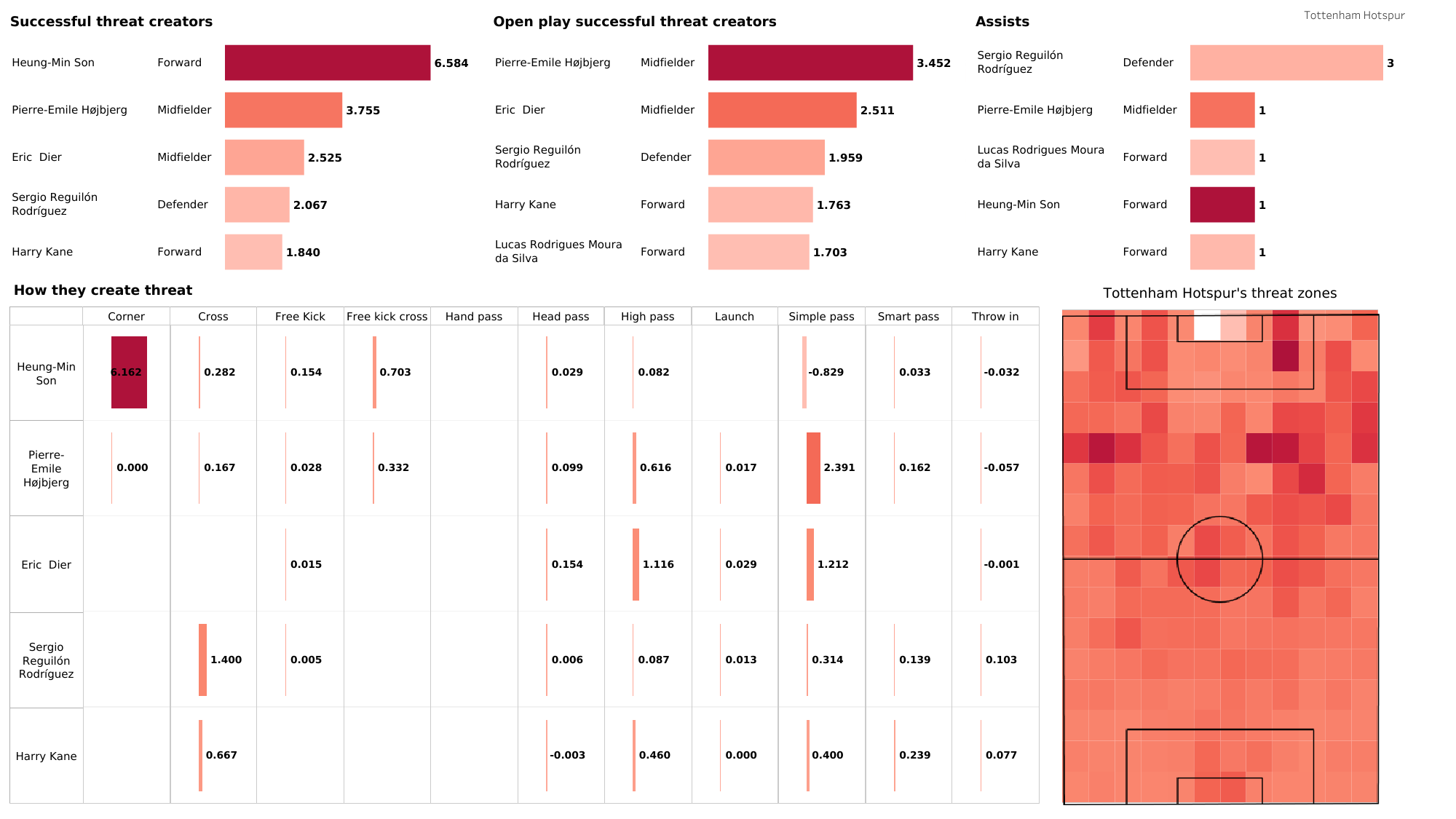 Son Heung-Min is Tottenham Hotspur’s most successful threat creator this season in the Premier League. But most of his threat has come from the set-pieces, particularly his corners. From open play, Dane Pierre Emile Hojbjerg has produced the most threat. A majority of Tottenham’s threat comes from the right-hand side of the pitch – the right centre as well as the right wing.

This is the biggest game of the weekend in the Premier League. A win for Liverpool will see them put pressure on Manchester City in the title race. A win for Tottenham, on the other hand, may derail the Reds’ title chances and also exert pressure on Arsenal in the top-four race.