Leicester City will be hosting Tottenham Hotspur at the King Power Stadium on Wednesday. The Foxes last played in the Premier League three weeks ago, which makes it difficult for them. On the other hand, Spurs haven’t lost in the Premier League since Conte took charge. Can Spurs climb their way up?

Leicester City came out on top in their previous clash against Watford in the FA Cup and advanced to the fourth round. The Foxes were also impressive in their last Premier League game against Liverpool, where the Foxes won 1-0. They are currently 10th in the table with 25 points from 18 games and will be certainly looking forward to covering the point difference with their available games in hand. In a recent interview, Rodgers highlighted the issue of fixture congestion in the upcoming month. Starting with the game against Tottenham, Leicester have eight matches till the end of February. To add to their troubled season, Brendan Rodgers’ side will be without some of the key players who are currently at the Africa Cup of Nations while Jonny Evans, Ricardo Pereira, Wesley Fofana, Jamie Vardy are out injured. However, Harvey Barnes is expected to appear for the game after being sidelined for two league games alongside Patson Daka and should lead the attack for the Foxes in the absence of Vardy and Iheanacho. 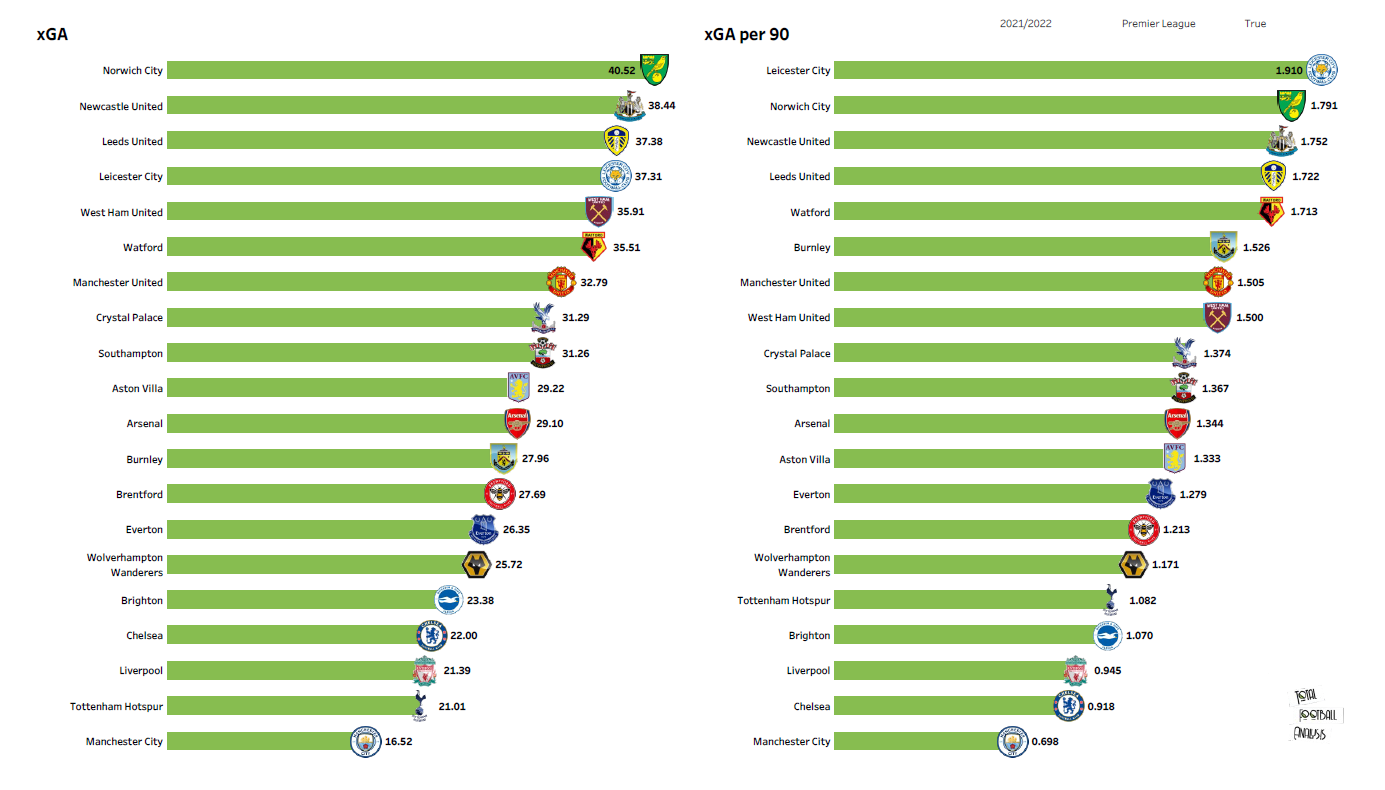 As indicated by the above stats, Leicester City’s shaky defensive issues continue to disrupt their performance. The Foxes are placed at the fourth spot in terms of xGA, right after Leeds United. They top the table in terms of xGA per 90, which further highlights how poor the Foxes have been defensively and have struggled to keep a clean sheet against their opponents. 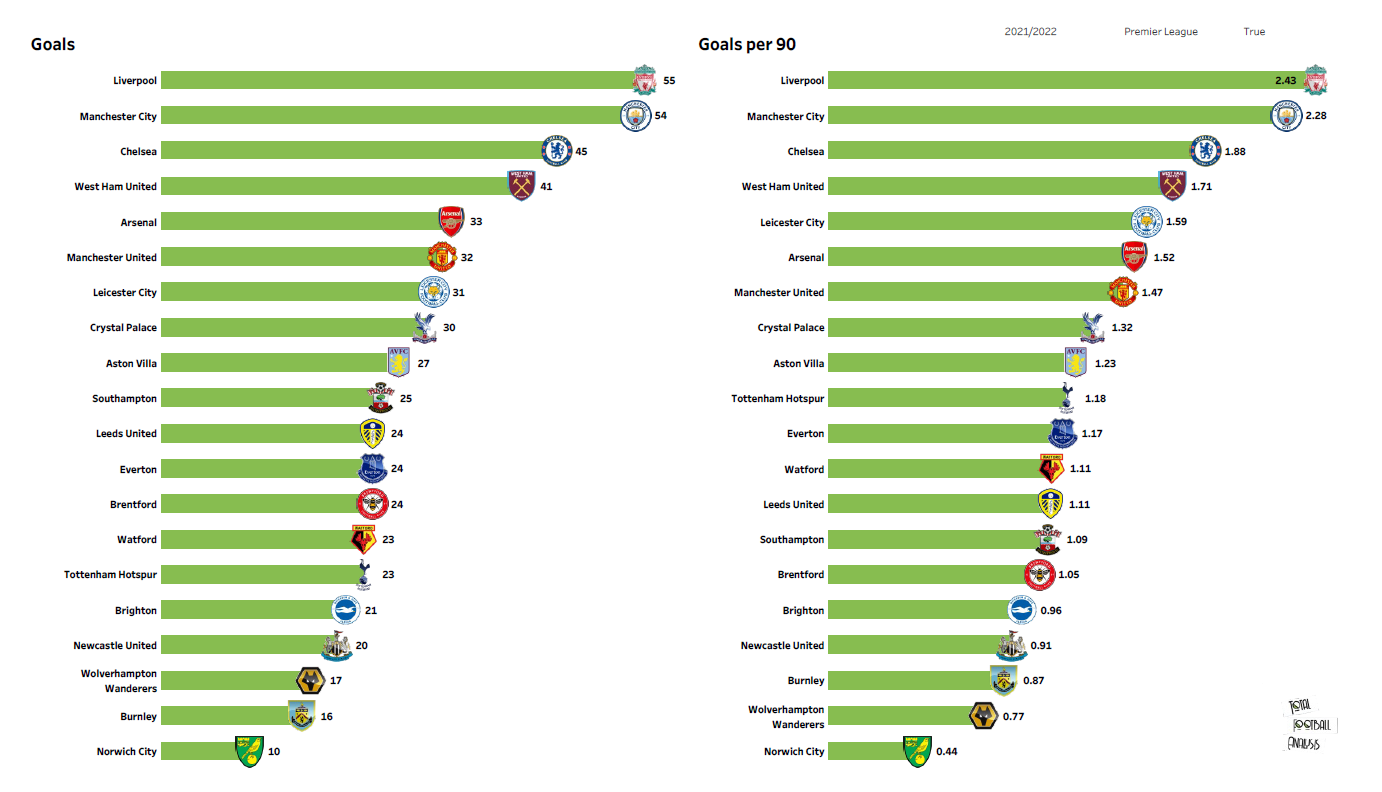 Despite their defensive and injury issues, the Foxes have fared well in the attack. They have scored the seventh-highest number of goals and average 1.59 goals per match, which puts them at a decent spot in the table.

Tottenham’s recent revival in form has ensured that they remain close to the top four sides. They are placed sixth in the Premier League with 10 wins, three draws, and five losses in 18 matches and are behind the fifth-placed Arsenal by two points. Although Tottenham lost in the EFL Cup semi-finals against Chelsea, the Lilywhites remain unbeaten in the league since Conte’s arrival. Tottenham will miss multiple key players due to injuries. The likes of Son, Eric Dier, and Cristian Romero are all sidelined. Steven Bergwijn could potentially make the bench subject to further assessment ahead of the clash. 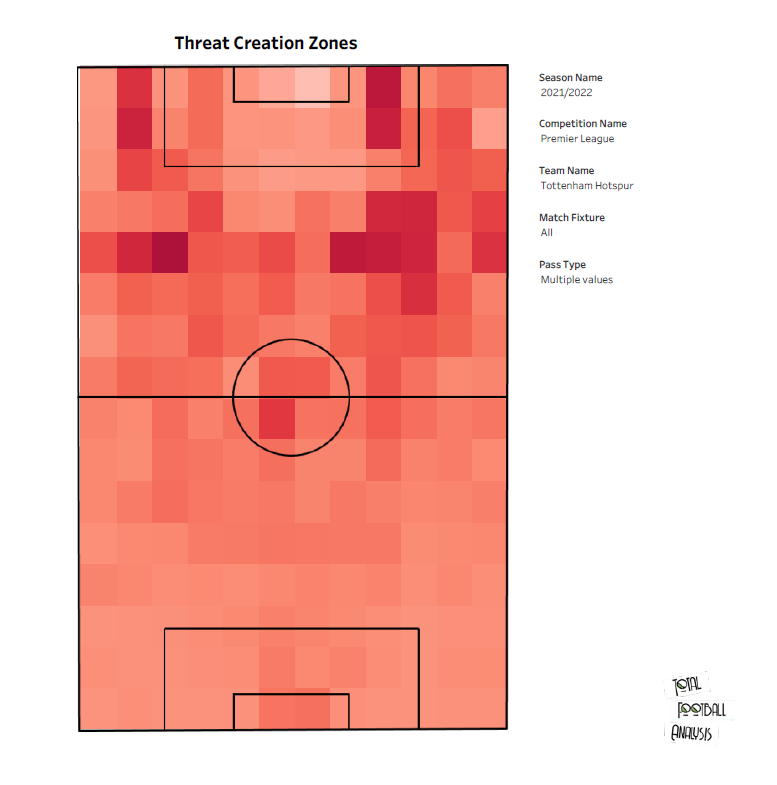 The above viz shows the xT creation zones of Tottenham. The pitch map indicates that Tottenham have been most threatening from the right flank, while also generating xT from the left flank in the final third. 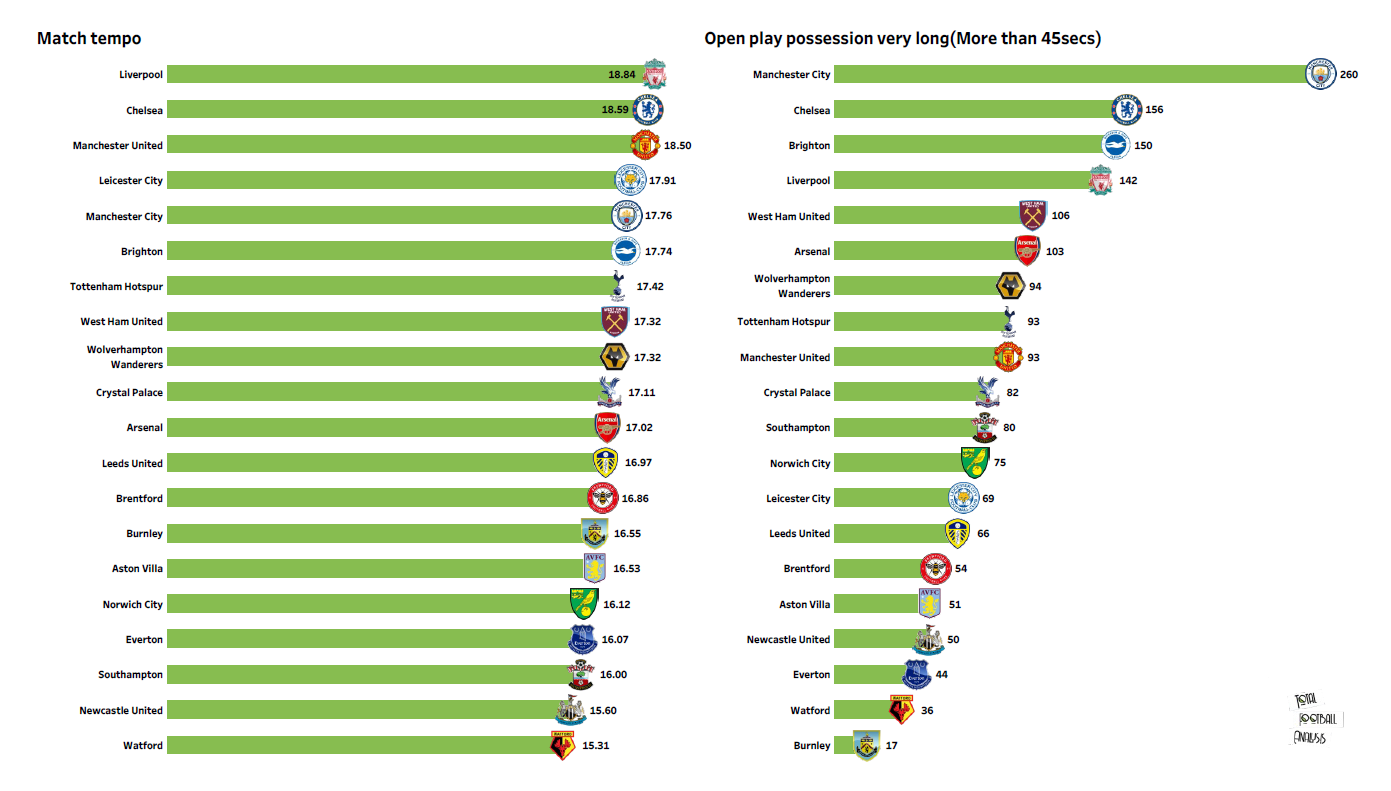 Match tempo highlights the speed of the ball’s movement relative to the number of touches. In terms of match tempo, Spurs are placed at the seventh spot, while in terms of open play possession for more than 45 seconds, they are at the eighth spot.

Both sides are struggling due to COVID and injury issues. However, Conte’s men should edge this one out narrowly.