Chelsea will go head-to-head against Tottenham on Sunday. The Blues secured a win against their rivals in the EFL Cup semi-final recently however, Spurs remain unbeaten in the Premier League. After their noticeable win against Leicester, the battle for the top four is getting fierce. Can Tottenham continue their winning run?

After starting the season on an impressive note, the Blues are now struggling. Since the arrival of Thomas Tuchel, the Blues have been solid defensively, and the opponents have had a hard time breaking them down, but their defensive form has slumped in recent weeks. In their recent game against Brighton, Chelsea looked shaken up at the back. While many of the goals they have conceded have been as a result of individual errors, Tuchel would nonetheless be looking to fix his side’s overall organization at the back. The Blues are currently third in the league, with 12 wins, eight draws, and three losses from 23 games. Reece James and Ben Chilwell are set to miss out due to injury, while Mendy is currently at the Africa Cup of Nations. 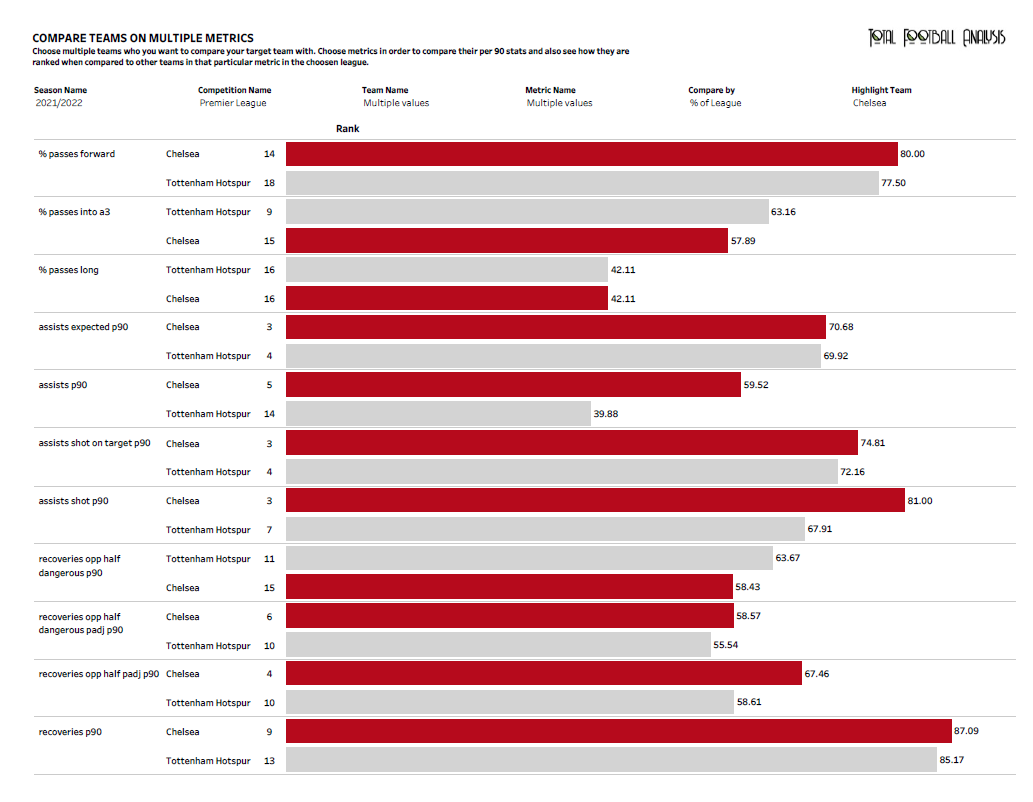 The above visual indicates Chelsea flaring out as a better team in terms of multiple stats. Tottenham, on the other hand, have made better recoveries in the opponent’s half. Chelsea have more assists per 90, but have failed to convert these opportunities in their recent games. 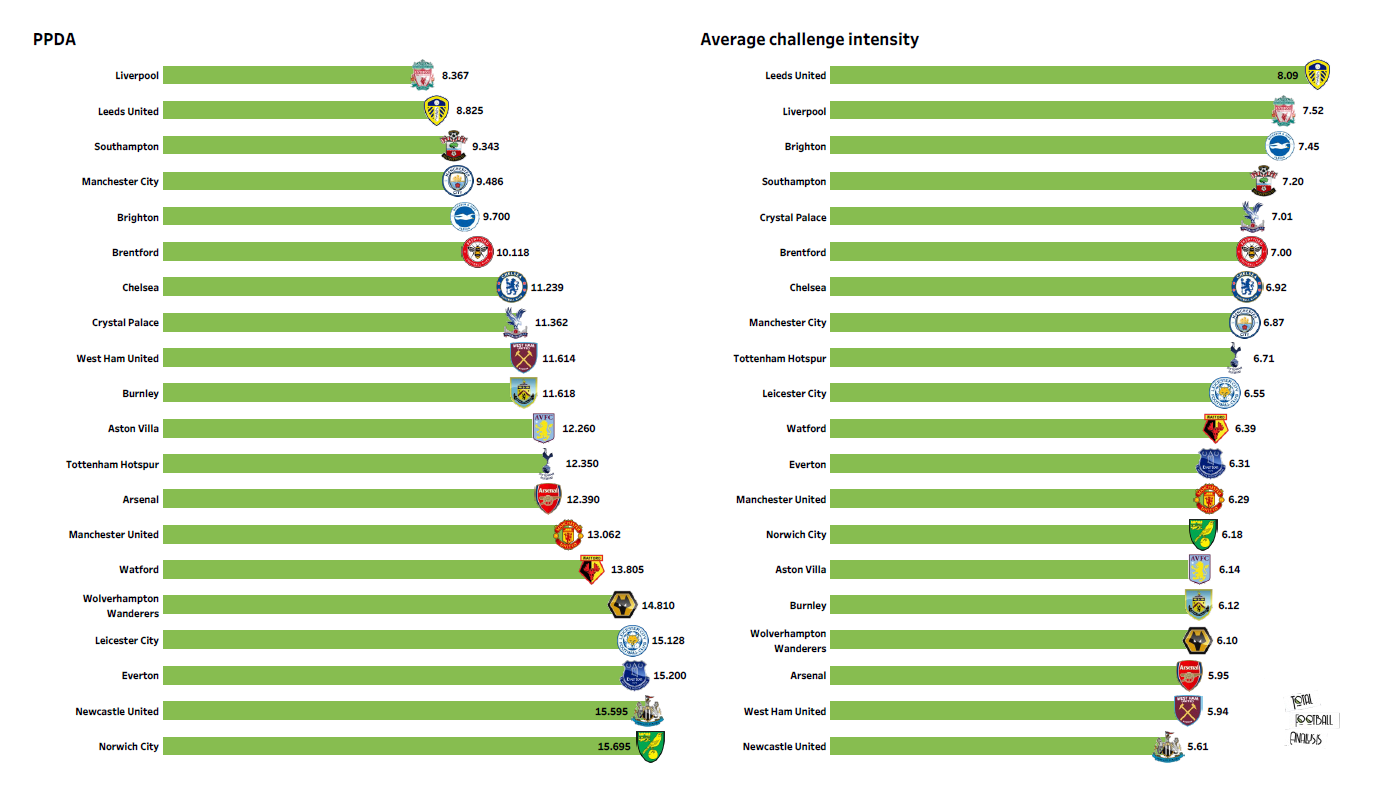 Chelsea’s form has depleted over the weeks. They are placed seventh in terms of PPDA. Their average challenge intensity of 6.92 has dipped as compared to their previous stats. They have been leaking goals in their last couple of matches, which has added to their problems.

Tottenham are beginning to find form under new manager Antonio Conte. Although Tottenham lost in the EFL Cup semi-final against Chelsea, the Lillywhites remain unbeaten in the league since Conte’s arrival. They are placed fifth in the league with 11 wins, three draws, and five losses in 19 matches. They are now one point below the fourth-placed, West Ham. Spurs would be looking to continue their impressive run under Conte. Cristian Romero, Heung-Min Son, and Eric Dier are likely to miss the game. 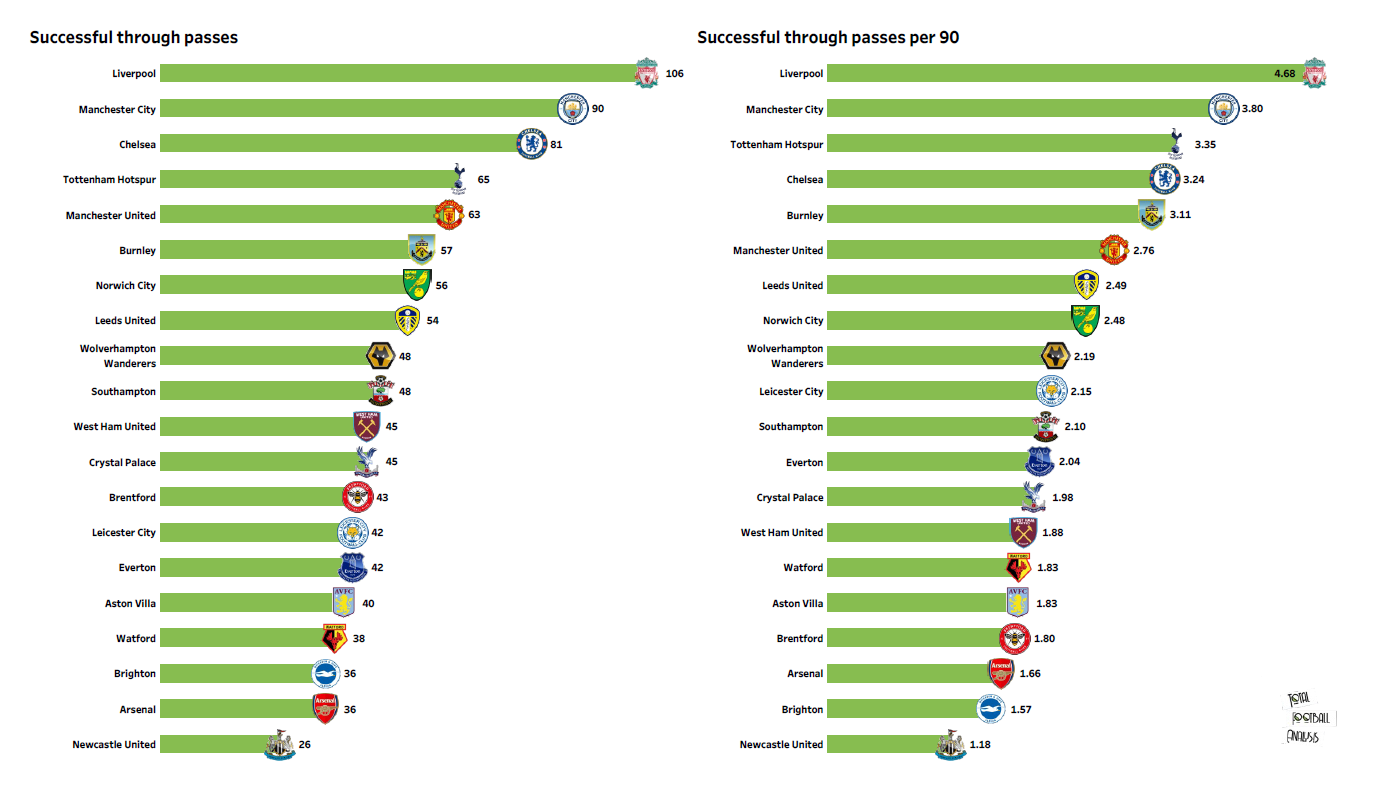 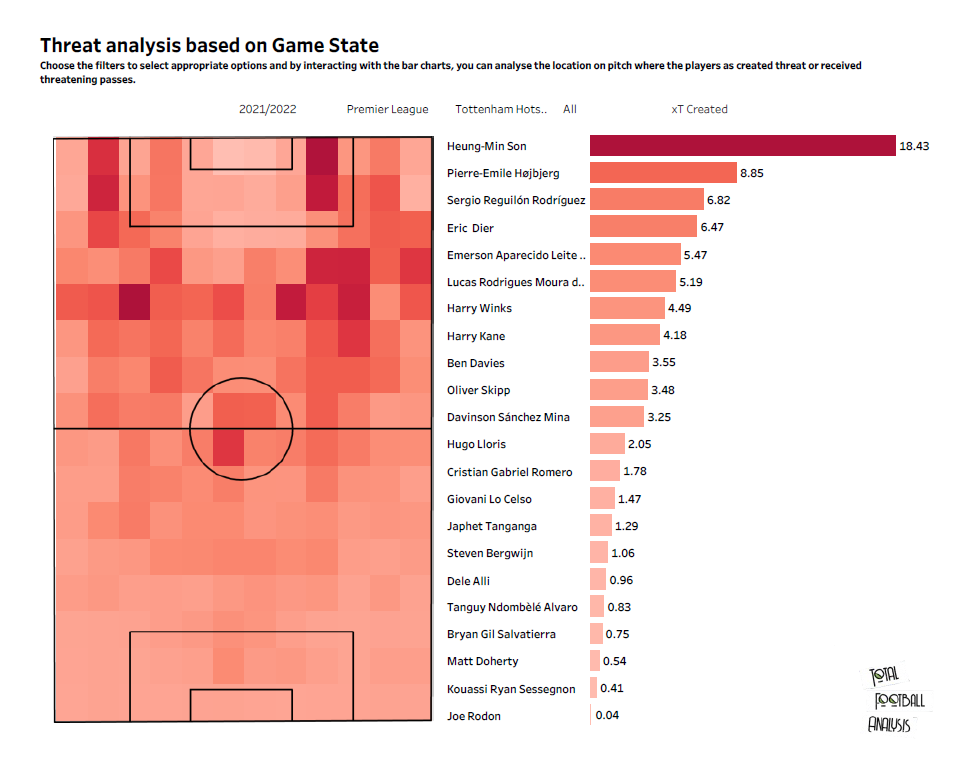 The above viz shows the location on the pitch where the players have created a threat for Tottenham. The threat zones are inside the opposition box and towards the wider areas. Son has created the highest xT for his side, followed by Hojbjerg, Sergio Reguilon, and Eric Dier.

Tottenham are enjoying their recent comeback in the Premier League however, Conte has time and again emphasized the areas where the Lillywhites need to improve. Chelsea, on the other hand, need to maintain a strong backline to save their side from their decreasing form.