Brighton will host Tottenham on Wednesday in the Premier League. Both sides would be looking to bounce back from the defeats in their recent league games. Can the Lilywhites come out on top?

Brighton’s form since the winter break has not been up to the standards that they had set during the first half of the season. Back-to-back five defeats in the Premier League have seen them drop places in the table. As a result, the Seagulls are currently placed at the 13th spot with seven wins, 12 draws, and nine losses in 28 matches. Their last victory in the league was against Watford last month. In the recent game against Liverpool, Luis Diaz opened the scoring for his side in the 19th minute, giving the Reds the advantage at the break. Mohamed Salah sealed the win for Liverpool with a penalty in the second half following a handball by Bissouma. Brighton’s promising start to the season has been damaged by their recent form as they have now scored just once in six matches. Their underwhelming run has caused a massive blow to their hopes of finishing in the top half of the table. They would be hoping to mount a comeback at home against Tottenham in the upcoming match. Adam Lallana is set to miss out against Spurs, as he suffered a hamstring concern in the previous match. Adam Webster is also unavailable for the upcoming game. 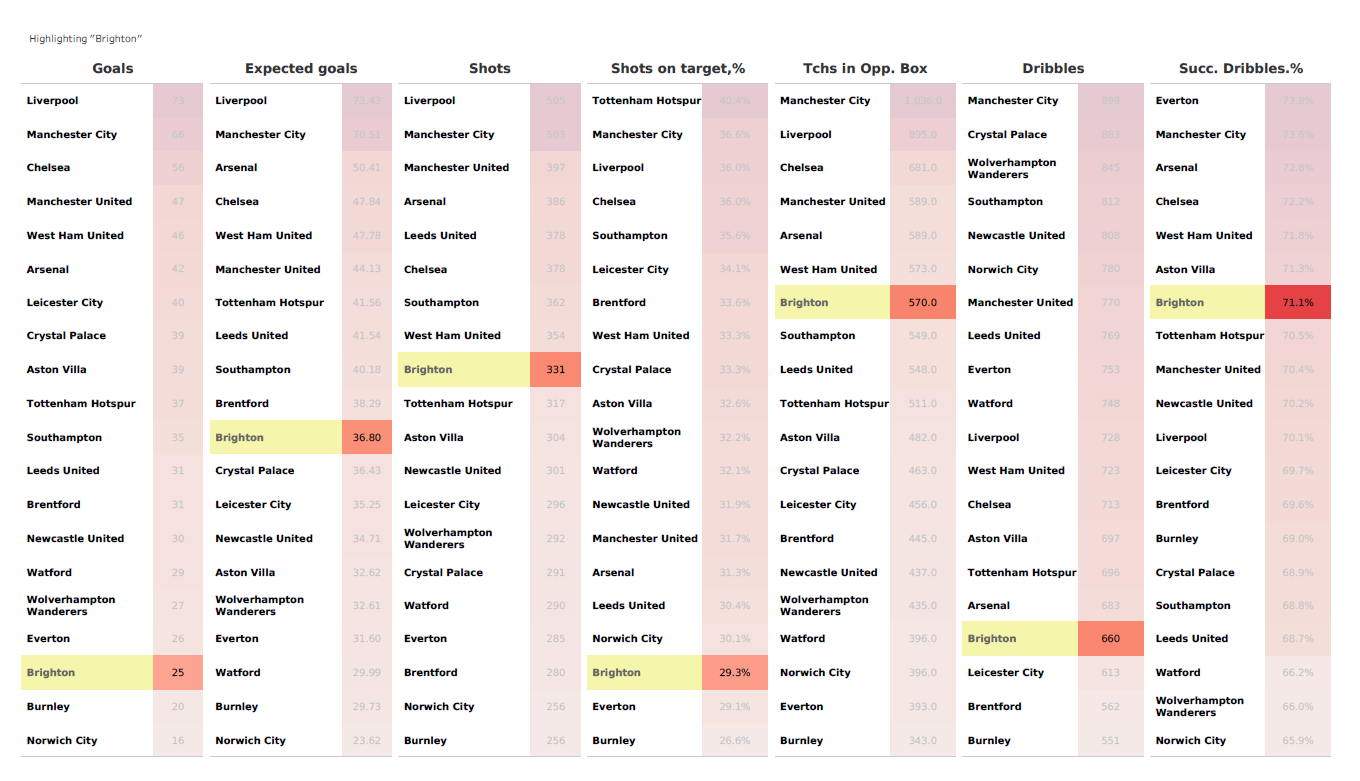 In the above viz, we can see the attacking benchmark for multiple metrics. Brighton are placed in the top half of the benchmarking tables in terms of xG, shots, touches in the opposition box, and successful dribbles. However, the Seagulls have scored the third-lowest goals in the league, and their shot accuracy is also third-lowest. 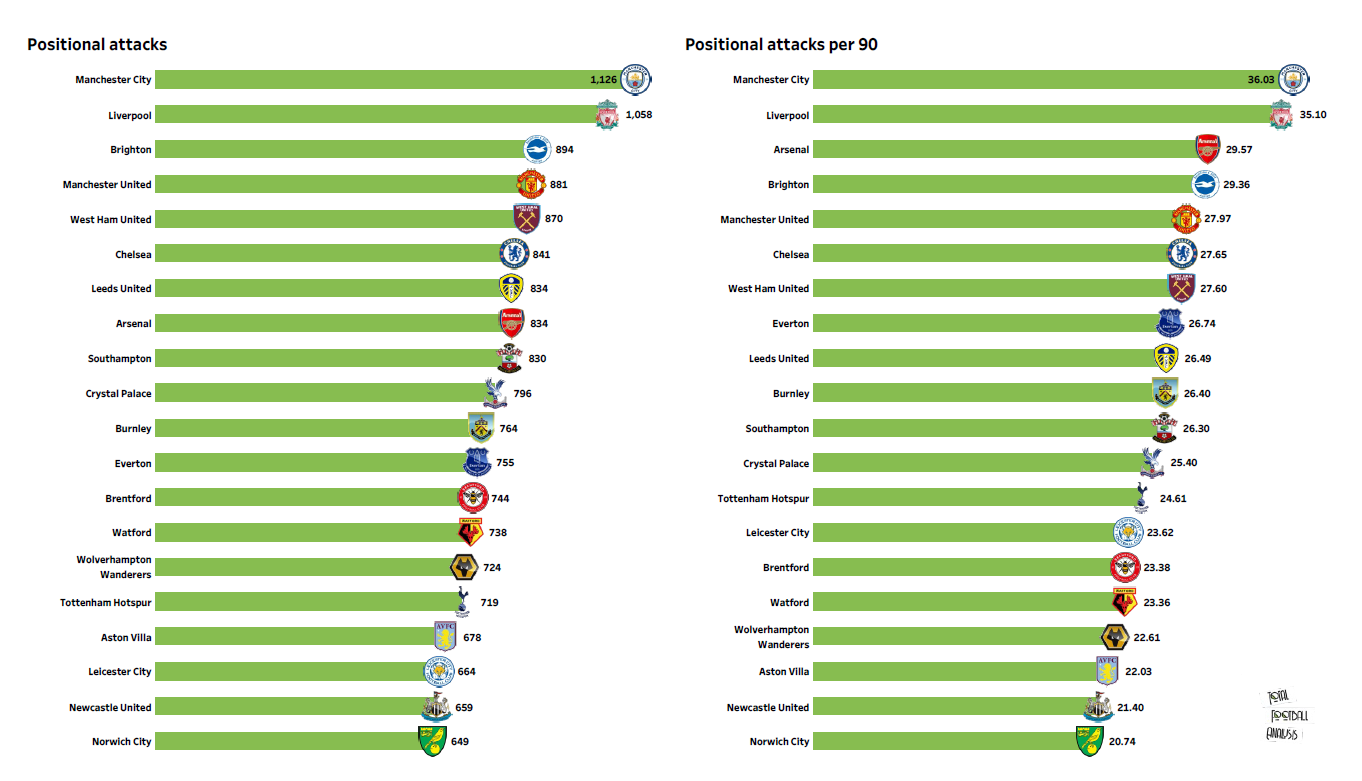 Tottenham’s inconsistent run has been a cause for concern. It has become a pattern from which they are unable to escape. A 4-0 hammering of Leeds was followed by a 0-1 loss against Middlesbrough. A 5-0 thrashing of Everton was followed by a 2-3 loss against Manchester United, and this win-loss pattern has become more prominent in the second half of the season. In the 2-3 loss against the Red Devils, Cristiano Ronaldo’s hat-trick sealed the three points for his side. As a result, Tottenham’s hopes of a top-four finish have taken yet another hit. They have dropped to the eighth spot in the league, with 14 wins, three draws, and 10 losses in 27 matches. The Lilywhites’ games in hand over Wolves, West Ham, and Manchester United must be taken into account, but Spurs have now tasted four defeats in their previous six away games in all competitions. Oliver Skipp and Japhet Tanganga remain sidelined, while Ryan Sessegnon is set to miss out as well. 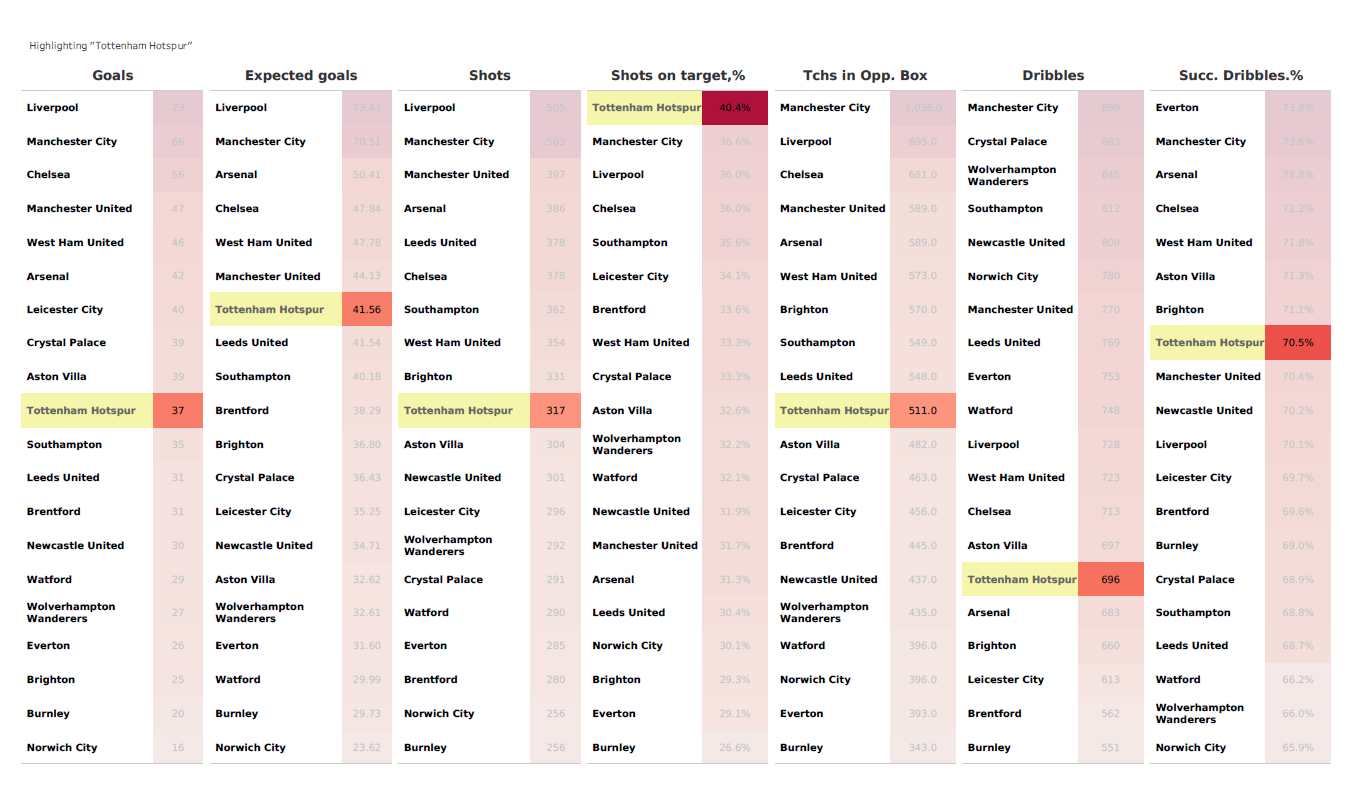 The above viz displays the attacking benchmark in the Premier League. Spurs have fared well in most of the metrics. They are at the top of the table in terms of shot accuracy. Their other notable stats include xG and successful dribbles. 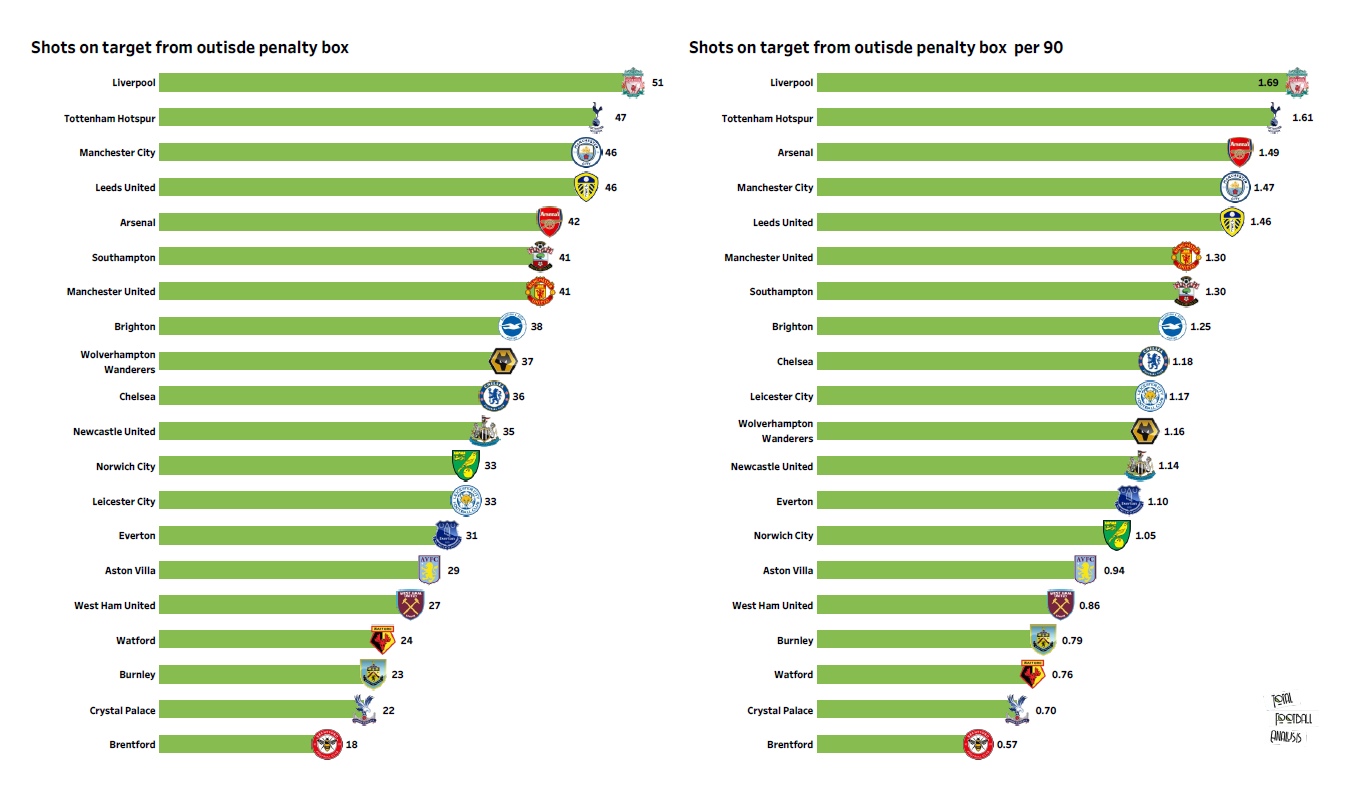 Brighton’s frail defense and troubles in finding the back of the net could be an issue. Tottenham should be able to take three points in this match.