Tottenham Hotspur made a number of signings this summer, including Fraser Foster, Ivan Perisic and Yves Bissouma. However, two names that excited most Spurs fans are Richarlison and Djed Spence. While the former has had five years of Premier League experience at Watford and Everton, the latter has no experience in the English top flight. Spence played a crucial role in Nottingham Forest attaining top flight status for the first time in 23 years. His signing may also have sent a message to Matt Doherty, whose time at the Tottenham Hotspur Stadium might be coming to an end. 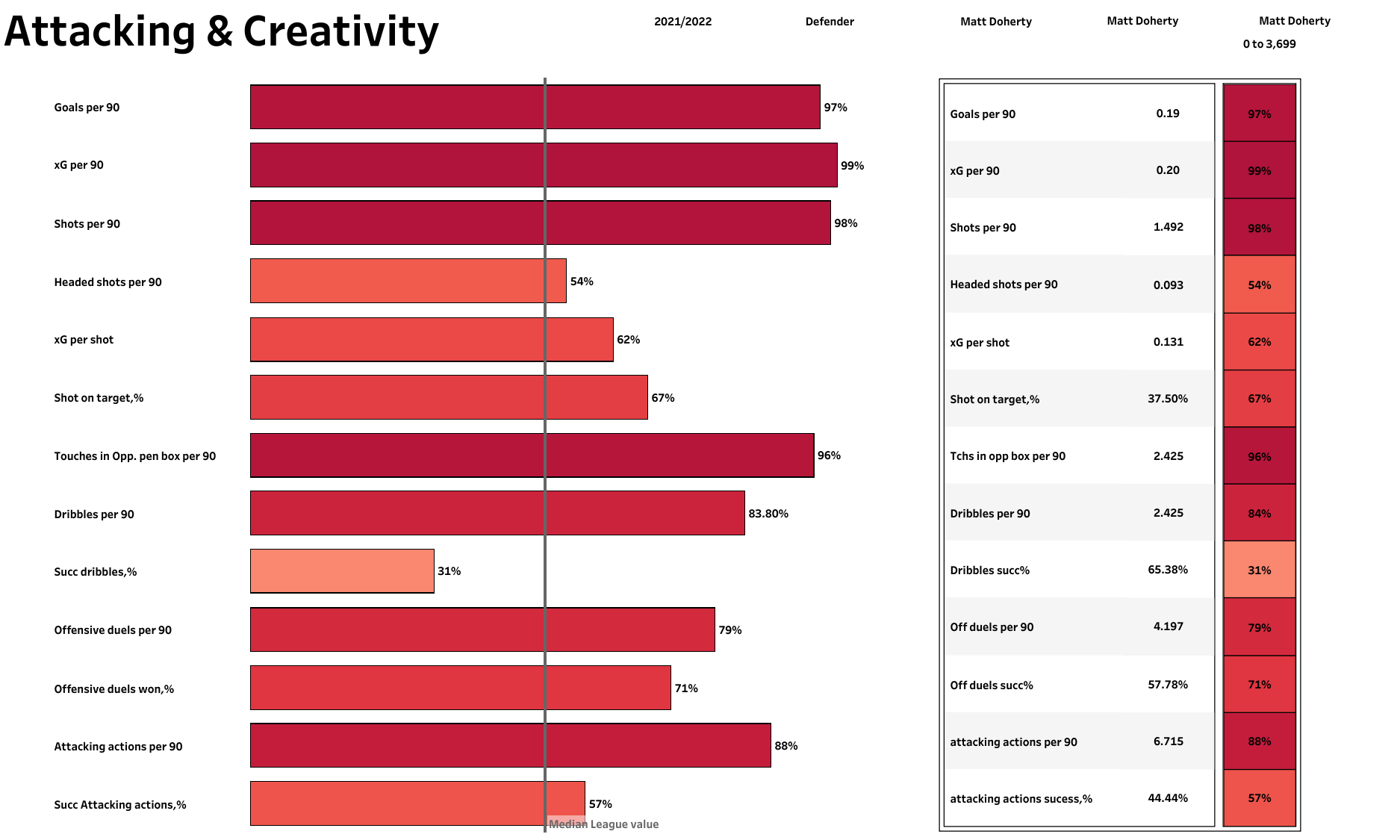 Doherty featured in 26 games in all competitions for Tottenham last season, which included 15 in the Premier League. He was there on the pitch for only 872 minutes. During that time, he scored two goals at a rate of 0.19 per 90. That was still good enough to rank him in the top 3% of defenders. He took just under 1.5 shots per 90 and hit a respectable 37.5% of them on target. The Irishman registered 2.43 touches in the oppositions’ penalty area per 90, putting him in the 96th percentile. He also completed 1.59 dribbles per 90. Additionally, he was involved in 4.2 offensive duels per 90 and 6.72 attacking actions per 90. 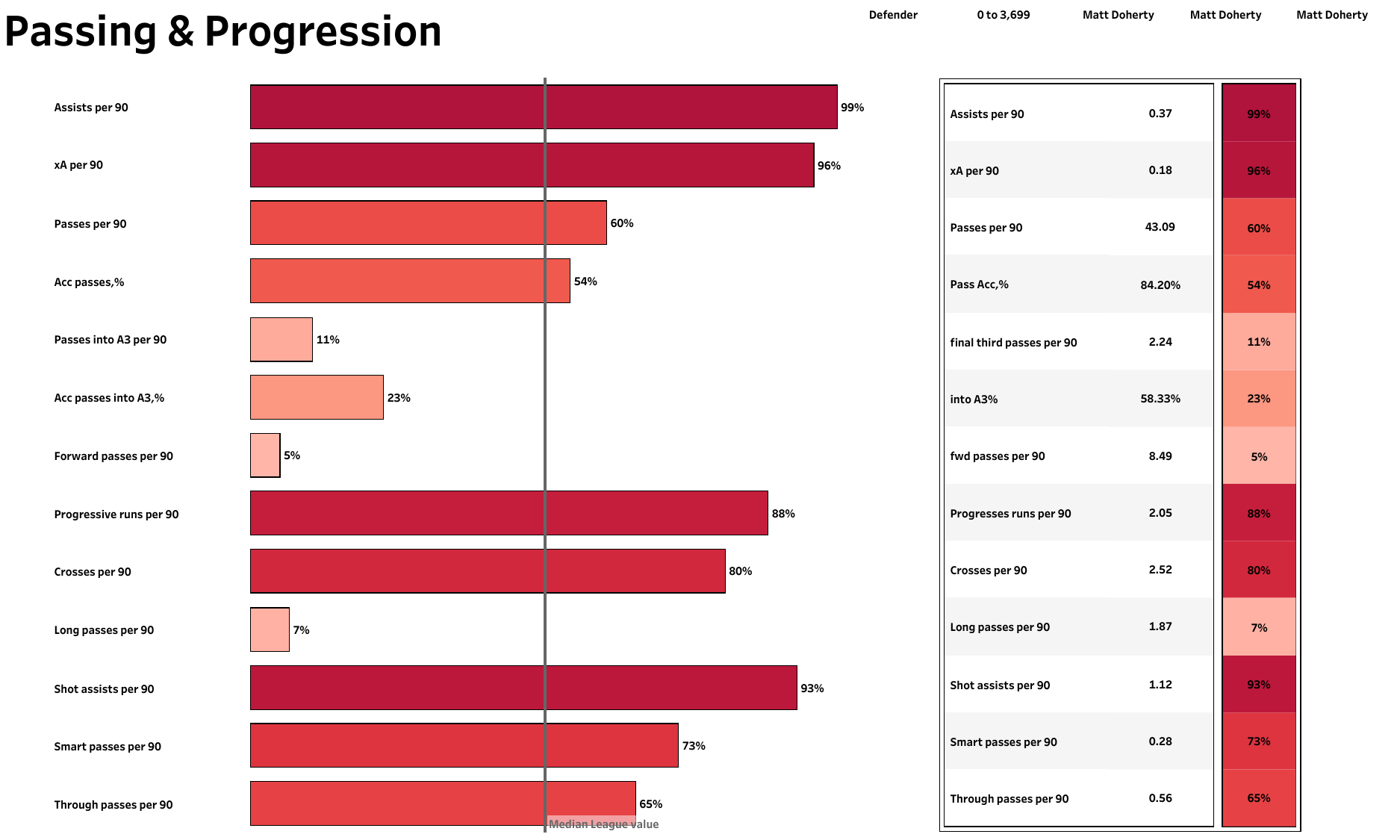 Doherty provided four assists to go with his two goals, giving him a goal involvement of one every 145 minutes. The Irishman’s rate of 0.37 assists per 90 put him in the 99th percentile for defenders, while his xA of 0.18 per 90 was also enough to be ranked in the top 4%. He completed 36.3 passes per 90 out of 43.1 attempts. He was not much of a forward passer of the ball, but he compensated for this by regularly making advancing runs. He made 2.05 progressive runs per 90 and delivered 2.52 crosses per 90, both of which comfortably placed him in the upper fifth. 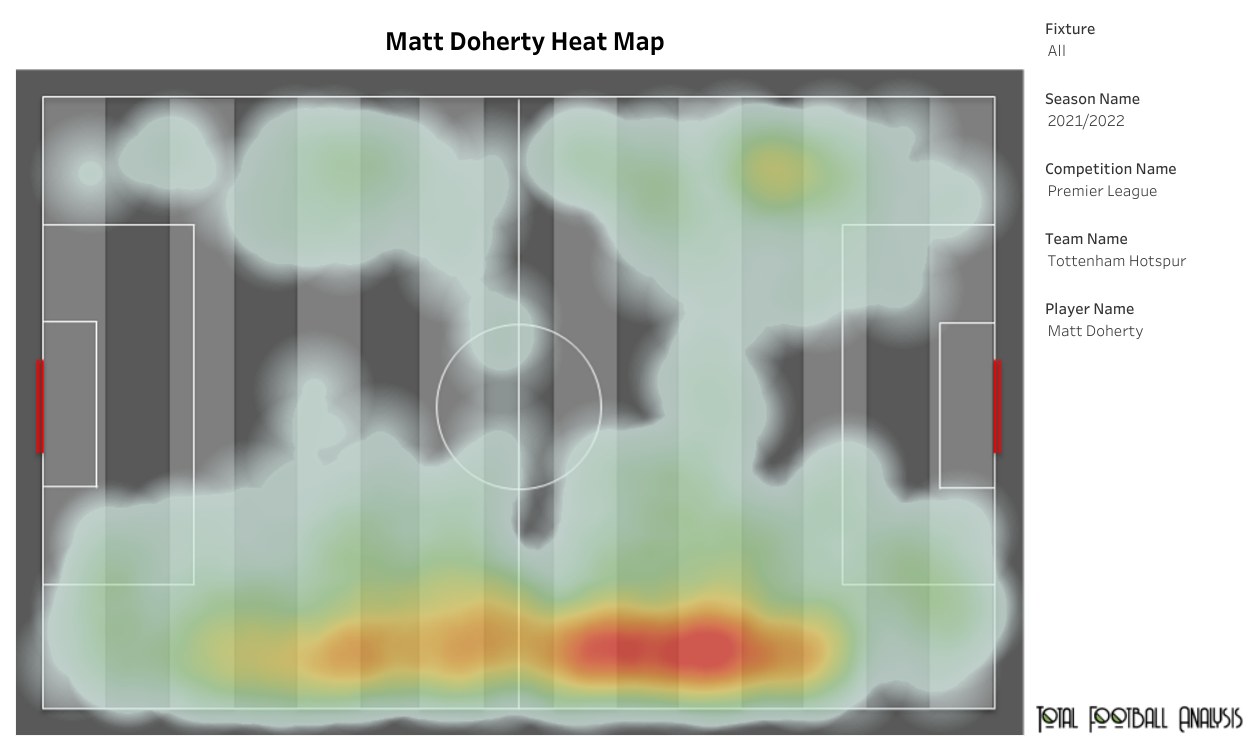 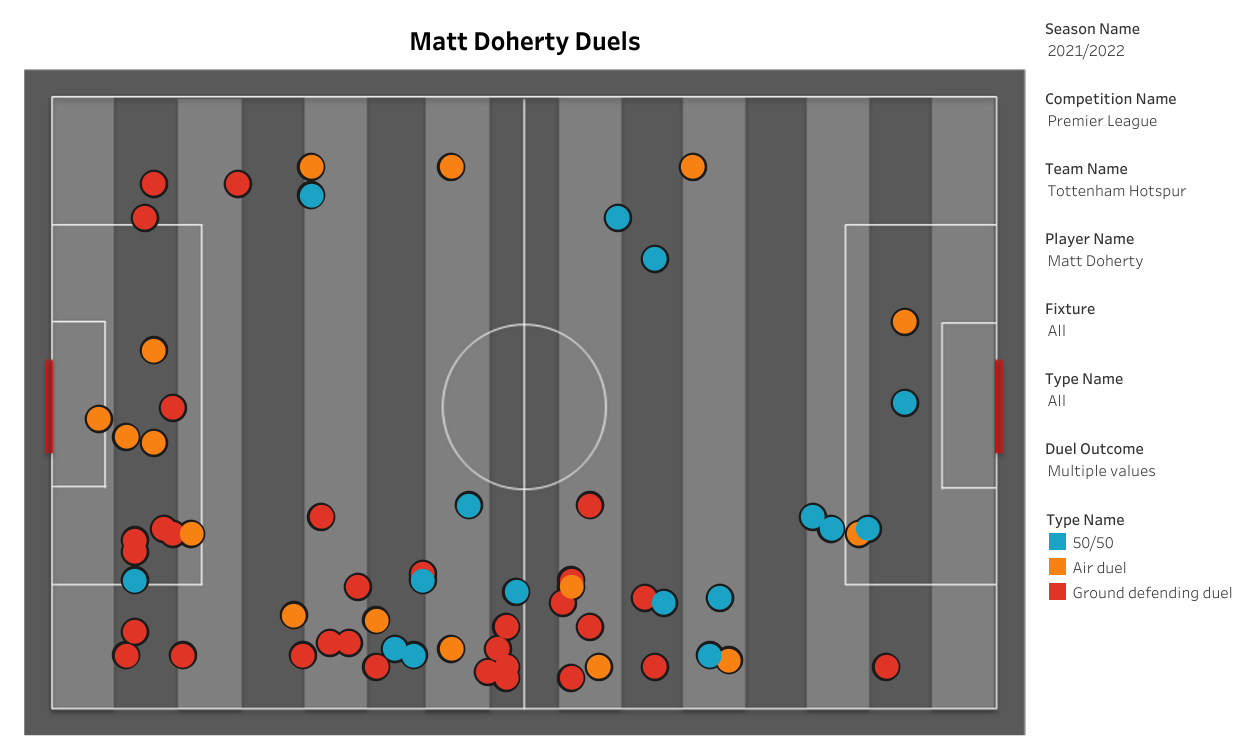 The speculation of one of Emerson Royal or Matt Doherty leaving Tottenham Hotspur this summer was high even before the arrival of Djed Spence from Middlesbrough. Since his arrival, this has only increased. Doherty is aged 30 and his contract expires in June 2024. If Spurs sell him this summer, they would likely get more money than when his contract runs out with under a year left.