James Maddison has been linked to Spurs for a few years, but this summer provides the perfect opportunity to finally land a long-term mark at the club. If the price is right, Tottenham should pursue the Englishman during the forthcoming summer transfer window. Arsenal are also keenly interested in acquiring Maddison’s services, so whether he ends up at Tottenham or goes to the Gunners will probably be dependent on who qualifies for the Champions League. Maddison has made 28 appearances in the Premier League this season, scoring eight times and providing five assists. He has a combined goal contribution of 22 across all competitions.

Tottenham will have to let go of either Tanguy Ndombele or Lo Celso to get Maddison to the club. Both midfielders were loaned out in January, with Ndombele joining Lyon, and Lo Celso completing a switch to Villarreal. Lo Celso has slotted straight into Unai Emery’s side at Villarreal and played a huge role in the Spanish side recording an impressive win over Bayern Munich in the Champions League to reach the semi-finals. There are reports suggesting that Villarreal are keen on signing Lo Celso and want to open talks with Tottenham in the near future. Considering Maddison’s brilliant form and positional versatility, he could be a valuable addition to Conte’s squad. 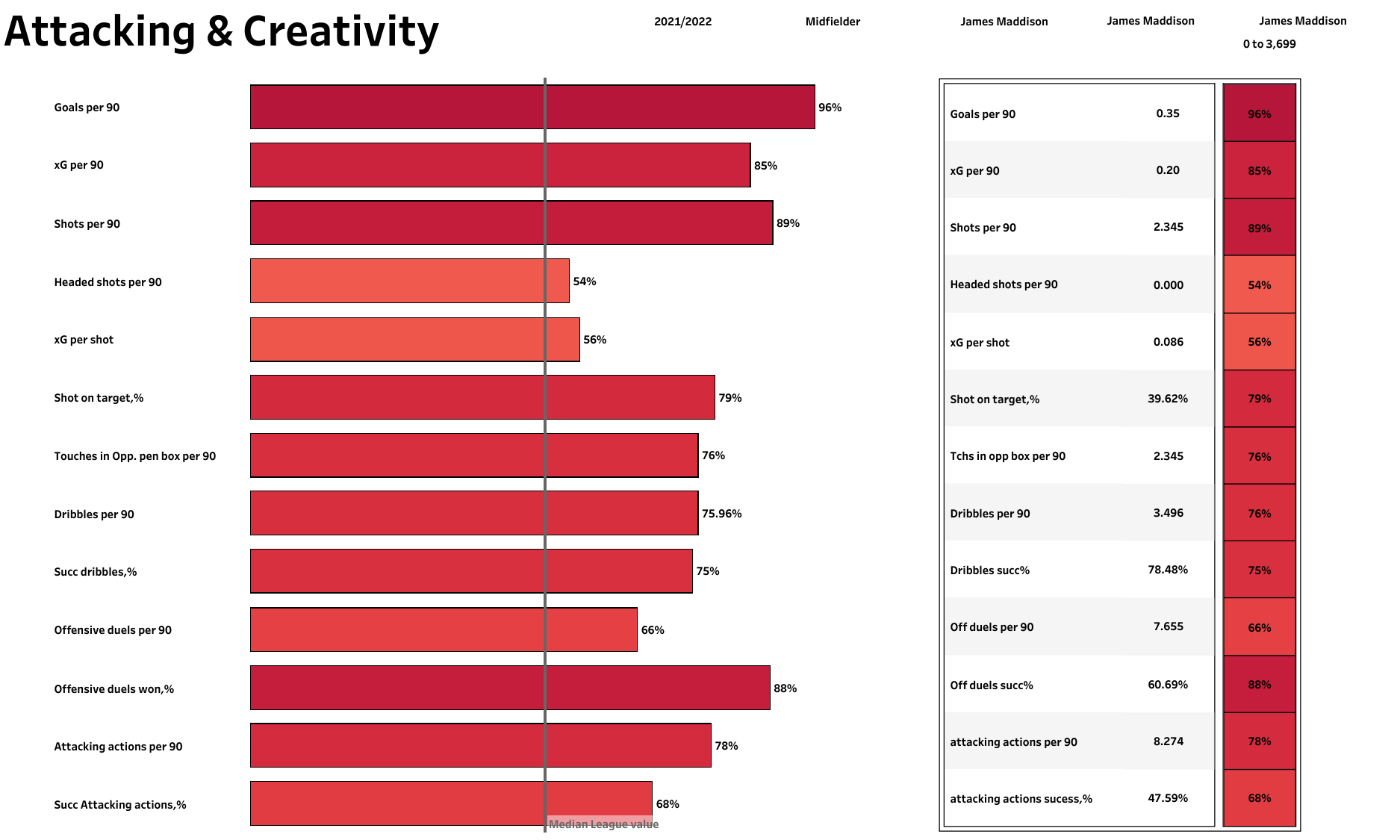 The above viz provides an overview of Maddison’s overall stats. We can see that he has ranked highly in terms of many attacking & creativity stats, and most of his stats also surpass the league median value. His most notable attacking stats are shot accuracy, successful attacking actions, shots per 90, and also the xG he has generated. 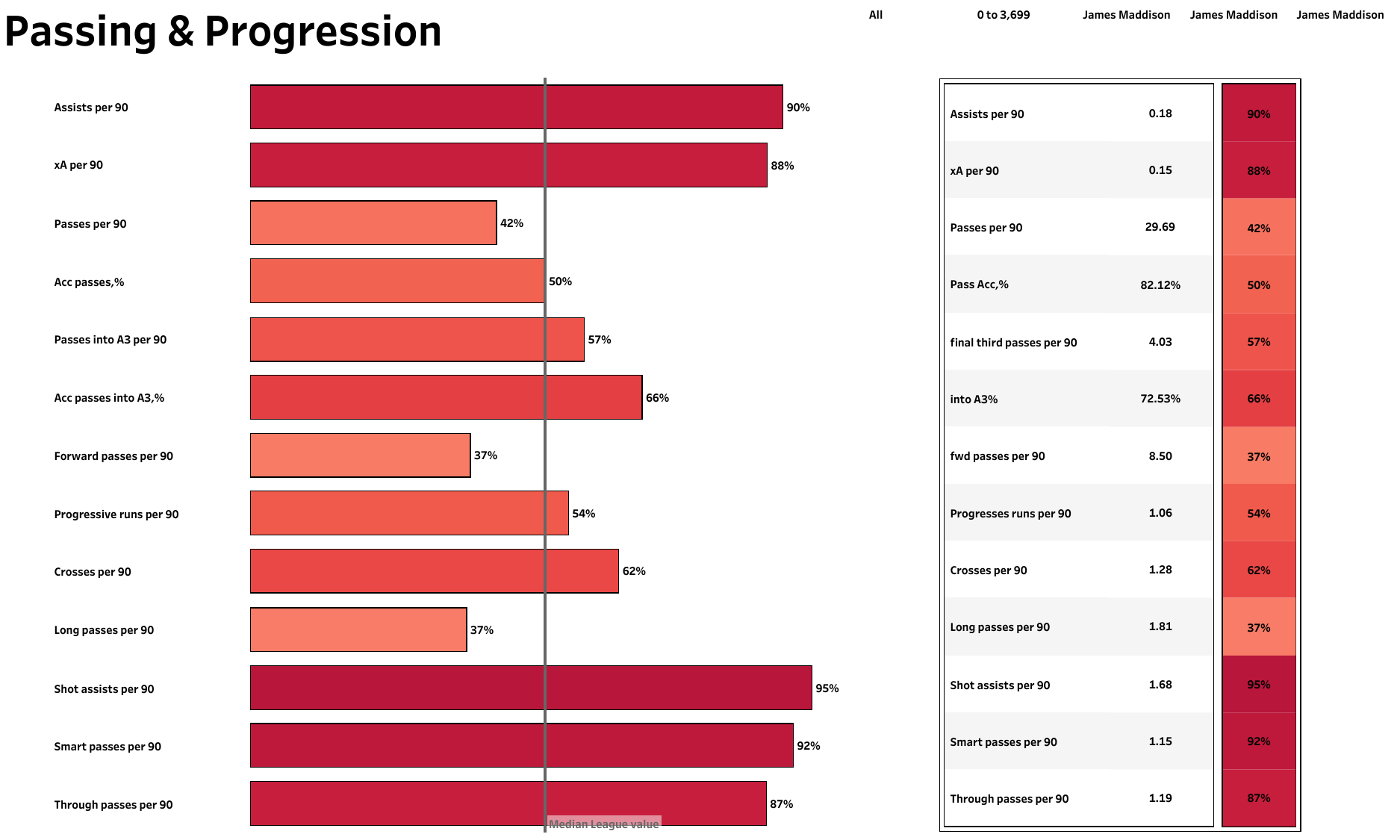 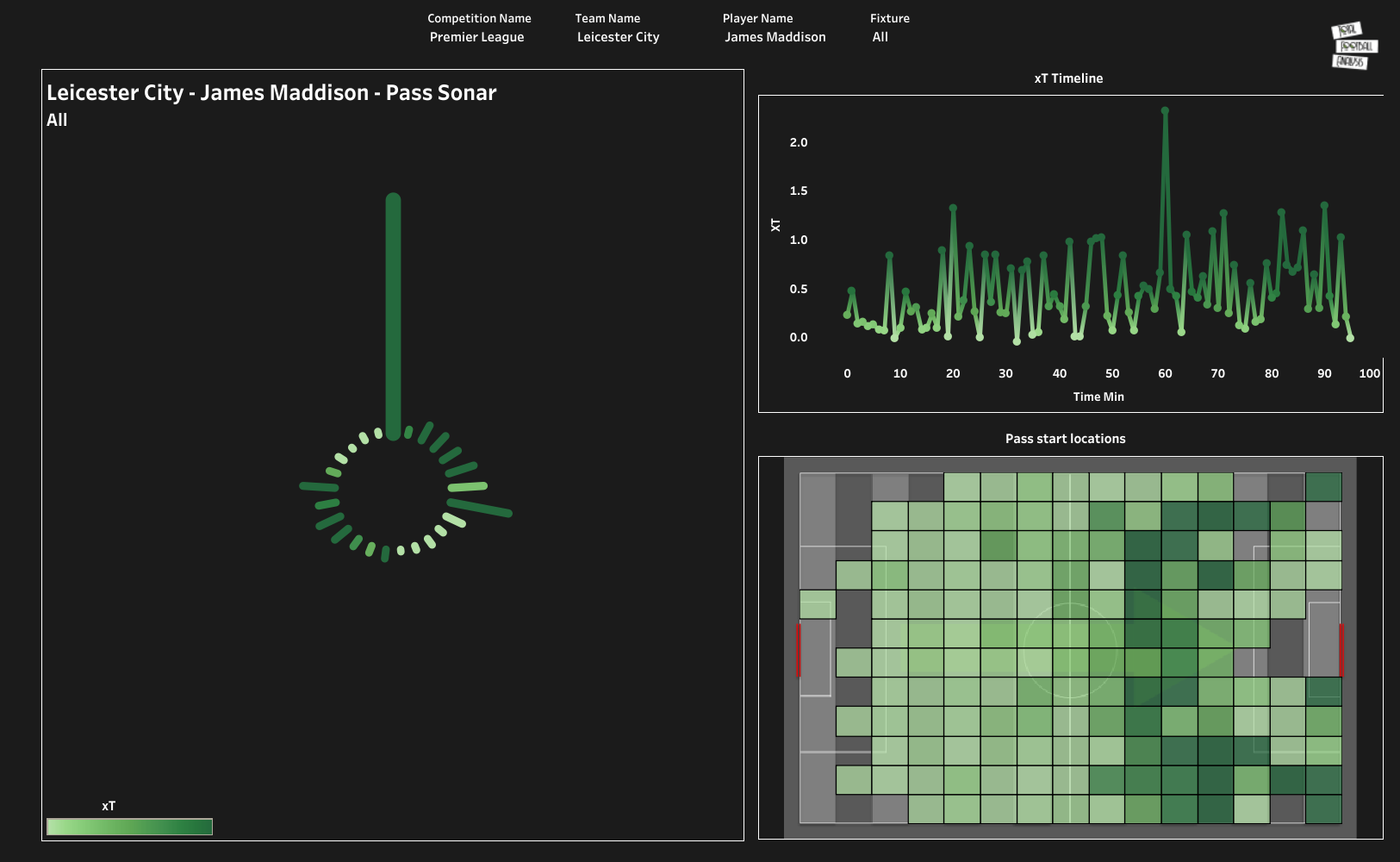 Maddison’s vision is one of his most significant strengths, allowing him to deliver line-breaking passes to his forwards. Furthermore, he is skilled at making supporting runs to assist his team throughout the offensive stages. Maddison has shown his versatility by playing threatening passes from many parts of the field. The pass start locations suggest that the attacking midfielder has delivered dangerous passes from a number of positions in the opponent’s half. 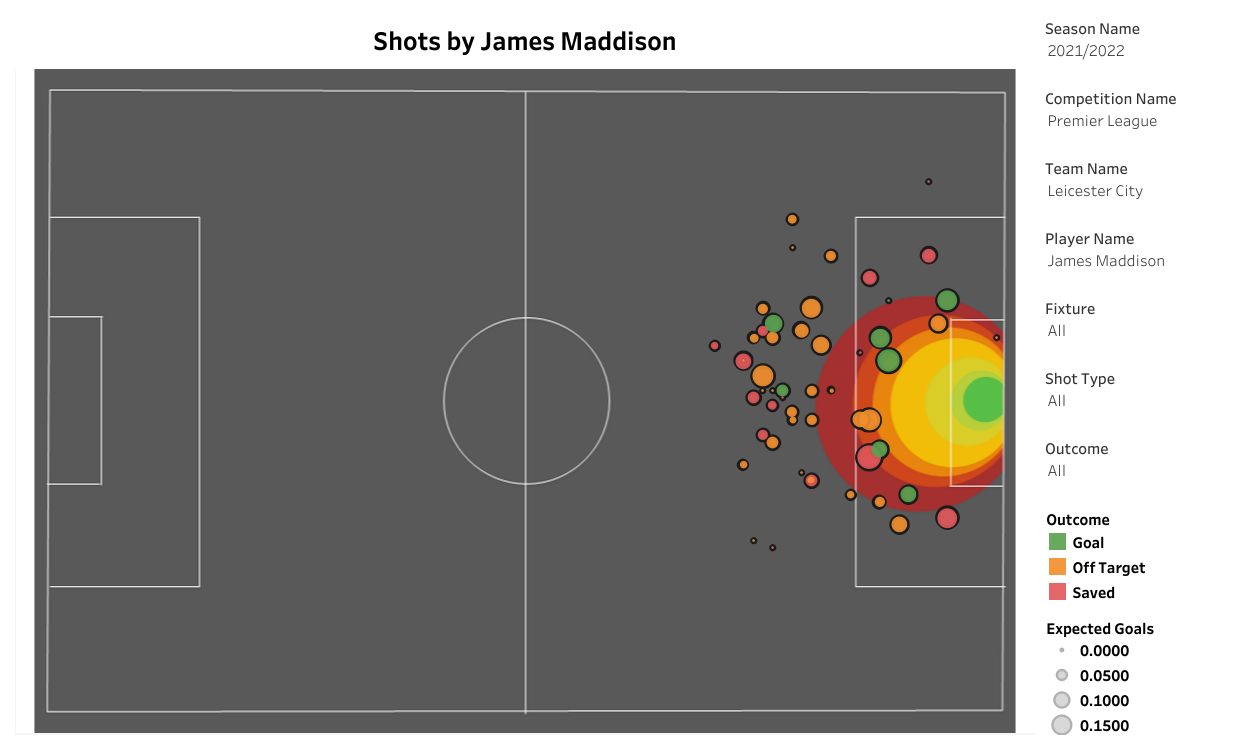 Maddison is also a huge threat when he has the ball at his feet near the edge of the penalty area as he possesses the shooting technique to score bangers from these areas. As seen in the above visual, he has attempted the majority of his shots from the edge of the box and has managed to keep 40% of his shots on target.

Maddison is under contract with the Foxes until the end of the 2024 season but is looking for a change, one that allows him to play elite European football. Reinforcing the attack has been on Antonio Conte’s mind and Maddison fits that bill. Conte still needs to make additions to his defence and will be in the market for a left-centre back. Maddison has been playing well for Foxes for a couple of years now and certainly has the quality to play for a bigger club in England.