Matt Doherty’s injury has handed Emerson Royal a huge chance to establish himself at Tottenham. Doherty has been ruled out for the rest of the season after picking up a knee injury during the 4-0 win at Aston Villa in the Premier League. The Brazilian is the most likely wing-back to start for Tottenham as he occupies the right, which now lacks the same competition as the left, with Reguilon and Ryan Sessegnon both returning from injury.

Royal is set for an extended run in the Spurs side at right-wing-back in Antonio Conte’s 3-4-3 formation. However, he will need to improve upon his performances this season if he’s to become a regular in the starting XI. Conte’s side has scored more than any side in the Premier League this calendar year, and the wing-backs have been a key source to Spurs’ top-four charge. Doherty had started to find some of his best form under the Italian in recent weeks, scoring twice and assisting twice in his last five appearances to give Spurs the edge in the race for Champions League qualification. But unfortunately, the wing-back is now ruled out for the season. 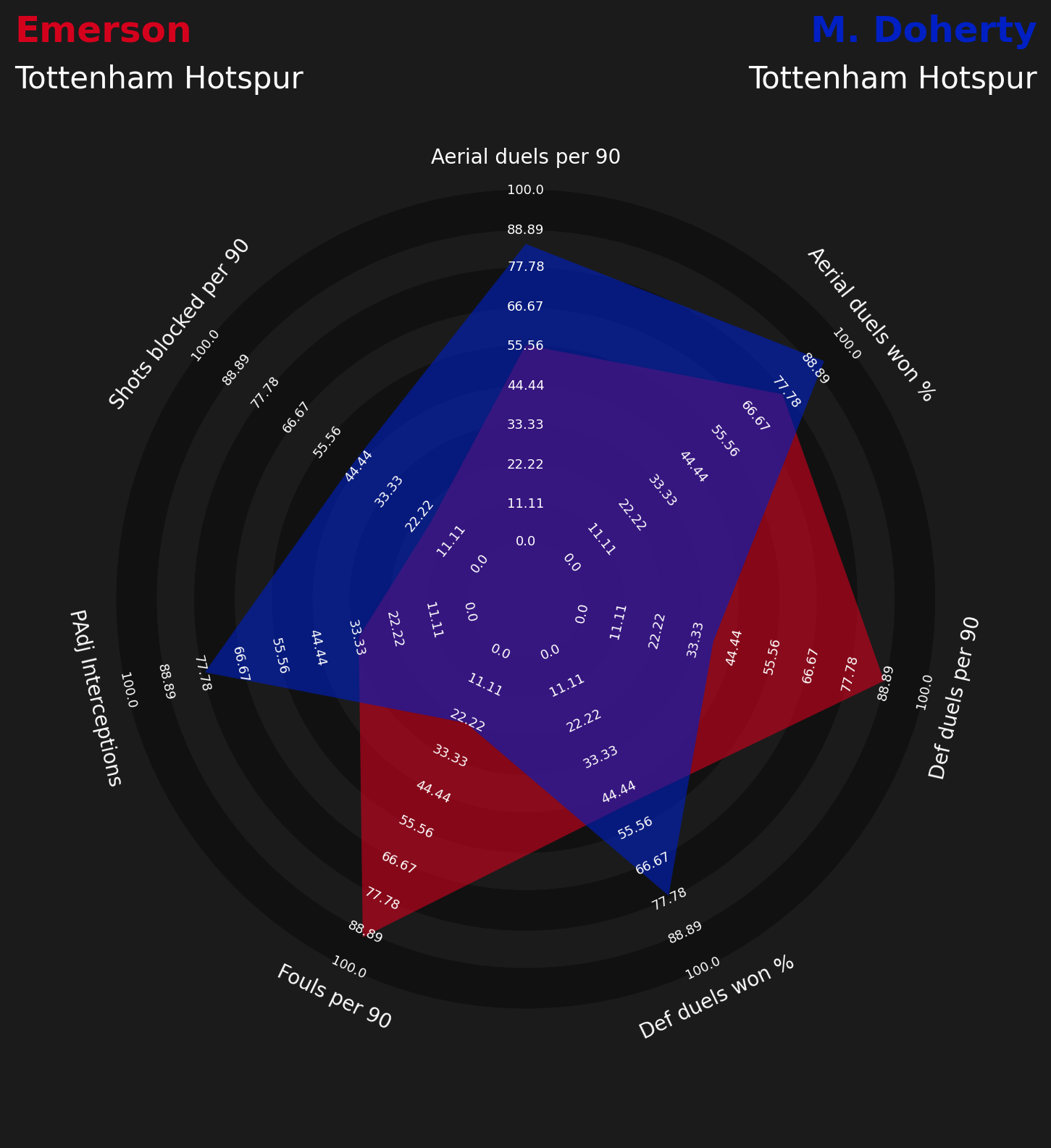 The above visual shows us the defensive metrics for Emerson Royal as well as Matt Doherty. The visual indicates that Emerson has done well defensively for the Spurs this season. He has attempted 15.14 defensive duels per 90 minutes and has won 76% of these duels. Emerson, however, has given away more fouls in the defensive third and needs to work on the success rate of his defensive duels. 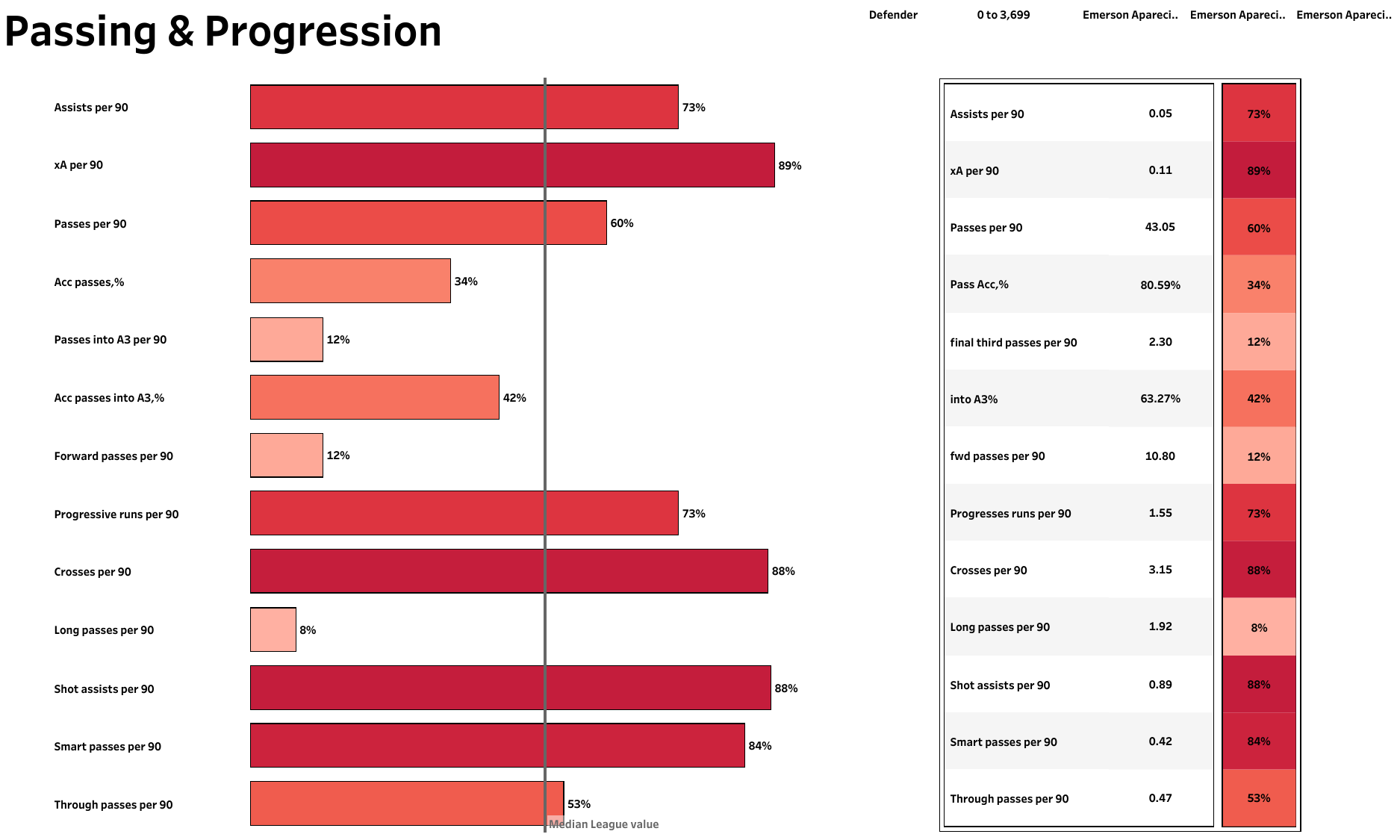 Emerson’s biggest issue has been that the right-back has failed to provide any help in Spurs’ attack. In a 3-4-3 shape, we know how much Conte relies on his full-backs. Emerson has produced an extremely low xA value of 0.11 per 90 minutes. The Brazilian was the first-choice full-back for the majority of the season, but the young defender has struggled to maintain consistency and has contributed only two goal contributions throughout the season. The defender has only attempted 2.30 final third passes per 90 minutes. 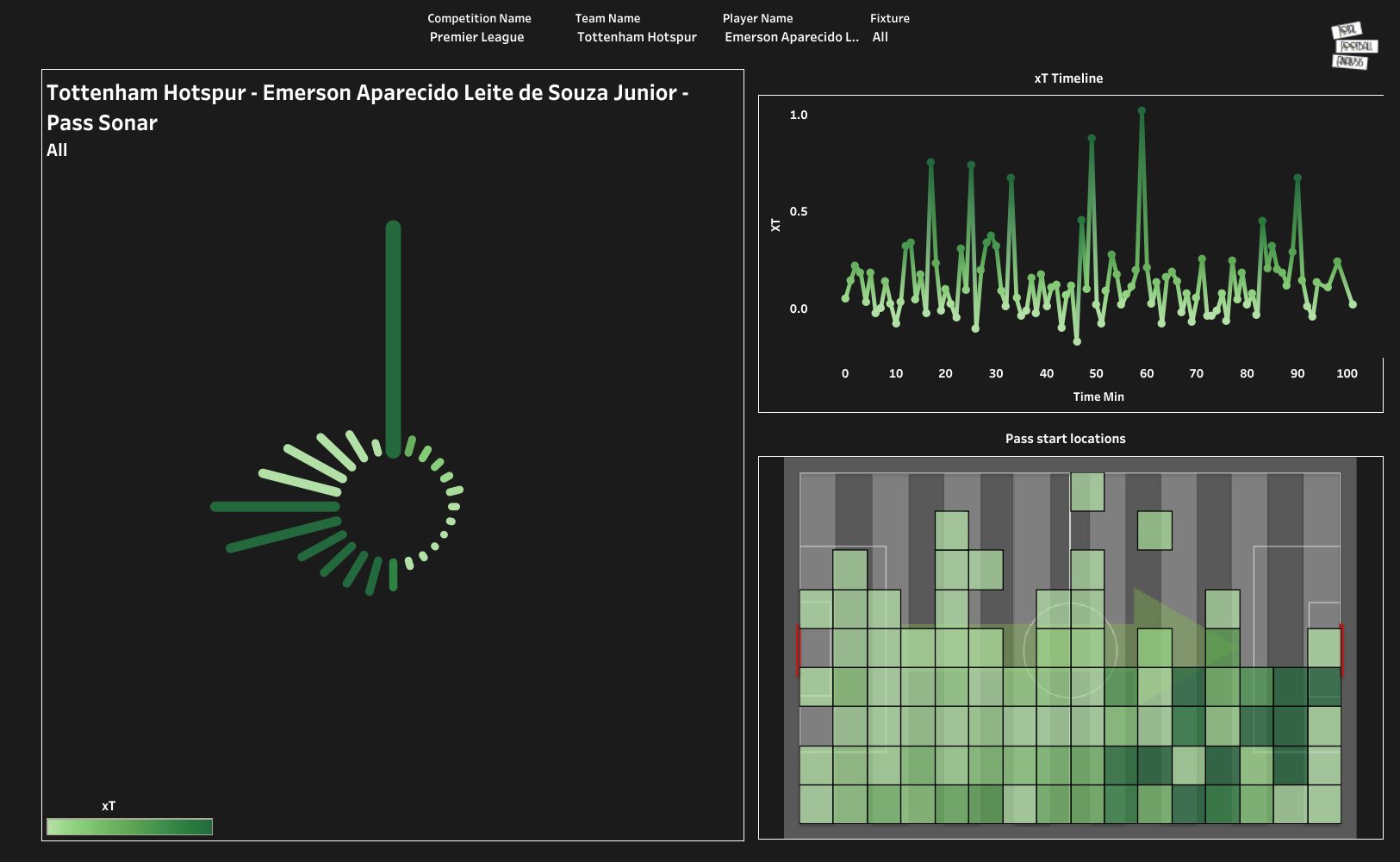 The pass start locations for Emerson indicate that the young Brazilian has done well to create a threat on the right flank for Spurs, but he has failed to provide the end product. He has attempted 3.15 crosses into the box per 90 minutes but has a low success rate from these crosses.

Conte likes his wing-backs to dominate flanks, convincing both offensively and defensively. Emerson Royal needs to buck up and provide a like-for-like replacement for the injured Irishman. With only six games remaining this season, Tottenham are going into a tough phase, where they battle against Manchester United, Arsenal, and West Ham United for a spot in the top four of the table.